Home > Gaming > Pokemon Rumble Rush: Here’s How To Download It For Your Android-iPhone

Pokemon Rumble Rush: Here’s How To Download It For Your Android-iPhone 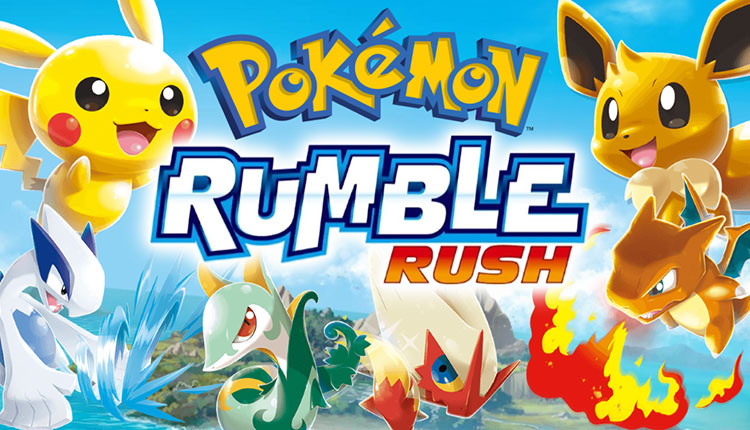 Nintendo has surprisingly dropped a new Pokemon game, Pokemon Rumble Rush for Android and iPhone. The most shocking part is that it is only limited to the United Kingdom, which means people living outside the UK may find it difficult to download and play.

This all sound not good. Do not worry, you can still download Pokemon Rumble Rush irrespective of which country you belong by following some easy instructions. As we all know that Pokemon is currently available in Australia only so you can not go to the Google Play store and simply download it in your country.

First of all, let us tell you that the official version of the game is yet to be available in any country apart from Australia. So, we would not give any guarantee whether all the features will work in this feature or not. It is highly recommended that you should wait until they officially launch the Pokemon Rumble Rush in your country.

Launching the game, they wrote a description, which seems similar to Pokemon Go and more traditional Pokemon gameplay with a little bit of Pokemon Mystery Dungeon thrown in:

“Get ready, adventurer! Pokémon Rumble Rush has arrived for mobile devices. In this latest entry in the Pokémon Rumble series, exploring uncharted islands is fun and fast-paced, thanks to the easy-to-use controls and attacks that are pulled off with simple taps.

As you battle wild Pokémon, some of them will join your team. Keep collecting more Pokémon to build up an assortment of heavy hitters. Plus, the more you collect the same species of Pokémon, the stronger those Pokémon will be when they join you! You’ll need to gather a crew of powerful Pokémon partners to take on the islands’ Super Bosses.”

Pokemon Rumble Rush allows users to command your Pokemon as it advances up the screen. Collecting and upgrading Pokémon is also an integral part of the game.

You must be wondering how to download and Install the game if you do not live in Australia. You need to set your Android phone on a mod which allows app to be installed when using files outside of the Google Play Store. For that, you just head to ‘Setting’ and then to ‘Security’. You will see an option ‘Unknown Sources’ and will ask if you want to enable this to install Android apps which is not on the Google app store. Just enable it, and it should be ready for the game.

The next thing you require is to Android installation file, known as a .apk file. It is recommended that you use a directory this is generally trustworthy for this to avoid installing anything malicious on your phone.

Once you find an APK provider, search for Pokémon Rumble Rush and you should be offered a link to the app’s .apk download. After downloading this to your phone, you can open it, and you will be prompted to confirm that you’re happy to install the app on your phone using the APK file. You can Download Pokemon Ruble Rush from here.