El Camino - A Breaking Bad Movie teaser out: Jesse Pinkman is on the run 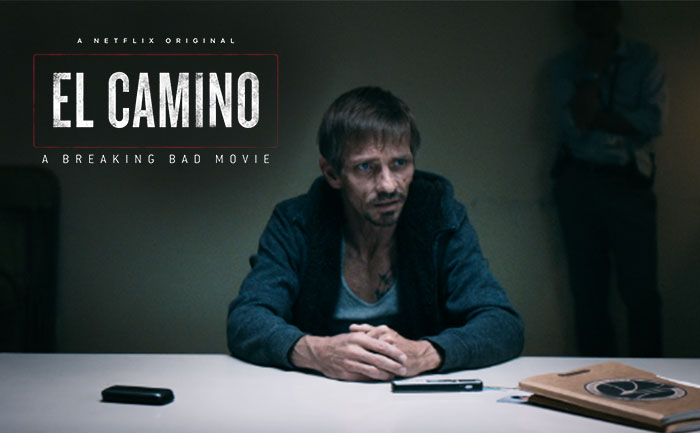 Disney and its D23 announcements may be hogging all the headlines. But Netflix has managed to steal the thunder as they unveiled the title and release date for the highly-anticipated Breaking Bad spin-off movie El Camino. They have also shared the teaser trailer.

El Camino: A Breaking Bad Movie will be dropping on the streaming service on October 11, 2019 and the teaser trailer re-introduced us to Skinny Pete (Charles Baker) as he’s questioned by the police over Jesse Pinkman’s (Aaron Paul) whereabouts.

El Camino will focus on what happened to Jesse Pinkman following the explosive events of the Breaking Bad series finale. The last time we saw Jesse, he was escaping from the Neo-Nazi gang that had been holding him captive. He had made his getaway in a car stolen from one of the gang members, an El Camino.

Breaking Bad was an American Western-crime drama television series which aired on AMC from 2008 to 2013. It told the story of terminally ill chemistry teacher Walter White (Bryan Cranston), who teamed up with his former student Jesse to make crystal meth in order to secure his family’s financial future before he succumbs to the illness.

Also Read: We Can Be Heroes: Priyanka Chopra to Feature in Netflix Superhero Movie