Home > Entertainment > The Eternals: GoT star Richard Madden to join Angelina Jolie in the MCU film

The Eternals: GoT star Richard Madden to join Angelina Jolie in the MCU film 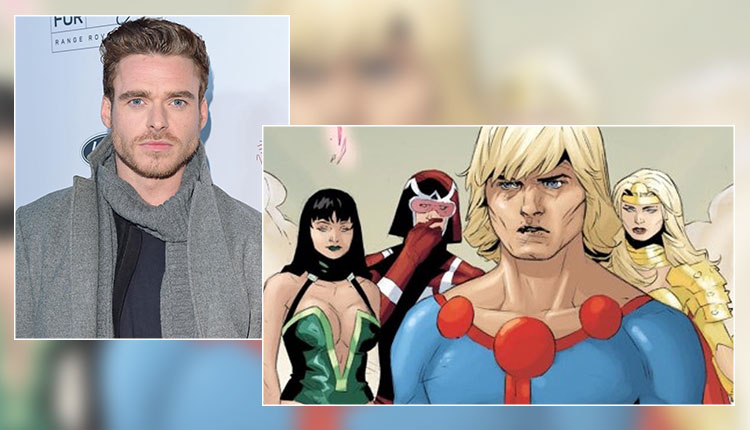 After the outstanding performance of ‘Avengers: Endgame‘ at the box-office. Marvel is already planning their next, as per recent rumours Richard Madden, known for his role as Robb Stark in Game of Thrones, is reportedly in talks to join Marvel Studios’ ‘The Eternals’. MCU has already roped in Angelina Jolie and Kumail Nanjiani.

As per a report in Verge, The story of the film is based on the comic book created by Jack Kirby in 1976 that is set millions of years in the past, where the cosmic beings known as Celestials had created superpowered human beings known as the Eternals and the Deviants. The Eternal and the Deviants are constantly at war with each other. The Eternals also warred with Greek, Roman and Norse deities before leaving Earth to explore the stars

Richard Madden is likely to play the role of Ikaris a member of the Eternals. His numerous powers include superhuman strength, speed, reflexes and more, along with cosmic energy manipulation, flight, psionic powers, teleportation and more.

The script of the film is written by Matthew and Ryan Firpo and will be directed by Chloe Zhao.

Marvel has as yet to announce the release date for ‘The Eternals’. They might make an announcement around the July release of ‘Spider-Man: Far From Home.’