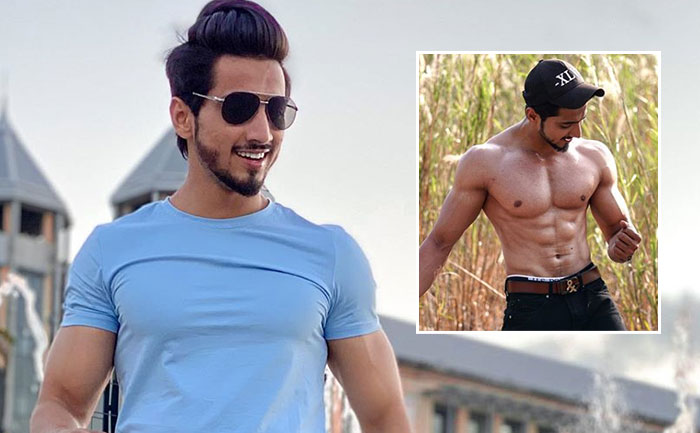 Faisal Sheikh aka Mr Faisu one of the most popular Tik Tok star who has a massive fan following on social media. His chocolate boy looks and dimpled smile has captivated the hearts of his humongous female fans. The rock star has been winning the heart of his audience not only through his videos but also by being very active on social media.

Mr Faisu is also known for his impeccable style and charismatic personality along with a drool-worthy body with six-pack abs makes him one of the most dashing stars on Tik Tok. Recently a picture of Mr Faisu in his shirtless avatar has gone viral on social media.

The TikTok star recently collaborates with Jannat Zubair Rahmani for a new video song titled Aeroplane. The latest music video Aeroplane begins with Mr Faisu gets astonished to see his craze among people when they come forward to click a selfie with him. It was shot in Mauritius.

In the video, we can also see the hit pair experiencing the thrill of skydiving in a picturesque location. Jannat Zubair and Mr. Faisu’s chemistry in the song is unmissable. Directed by Aman Rajapat, Aeroplane will surely go on to be a chartbuster for sure.

Prior to Aeroplane, Jannat and Mr. Fiasu have already worked together in many music videos such as ‘Tere Bin Kive’ and ‘Fruity Lagdi Hai’. The pair of Jannat Zubair and Mr. Faisu are immensely appreciated on the internet.