Ravi Pujari the dreaded underworld don brought back to India 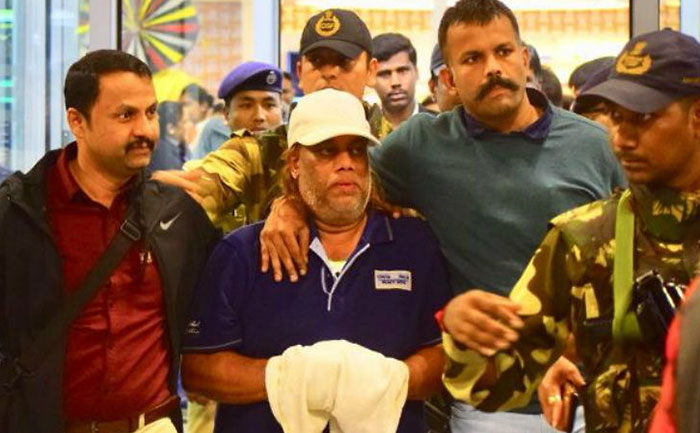 Dreaded underworld gangster Ravi Pujari has been arrested from South Africa. At the time of his arrest in Senegal, he had a Burkina Faso passport with a false identity of Anthony Fernandes. He has been brought to India by a team of officials, including senior IPS officers from Karnataka.

Ravi Pujari who has been elusive for a long time is wanted in many cases including extortion and murder in different parts of the country, including Karnataka. He had been on the run for almost 15 years.

As reported by a source to PTI, “They are coming with him from Senegal. Now in Paris. They are coming by Air France and (would be) there (in India) by midnight.” the police official, part of the team, told PTI.

The gangster, facing over 200 cases including murder and extortion. He was arrested in January last year by the Senegal authorities after remaining elusive. Despite efforts of Indian officials to get him extradited then, a local court had granted him bail and Pujari later fled to South Africa.

Police sources on Sunday said the gangster was arrested from a village in a joint operation by the South African and Senegal police. After he was brought to Senegal, the Indian team completed extradition formalities. On Wednesday, the Supreme Court of Senegal had rejected his request challenging his extradition to India. He was produced before a Bengaluru court today where he was sent to police custody till March 7.

Pujari was initially associated with gangster Chhota Rajan, but he had also worked for fugitive underworld don Dawood Ibrahim.