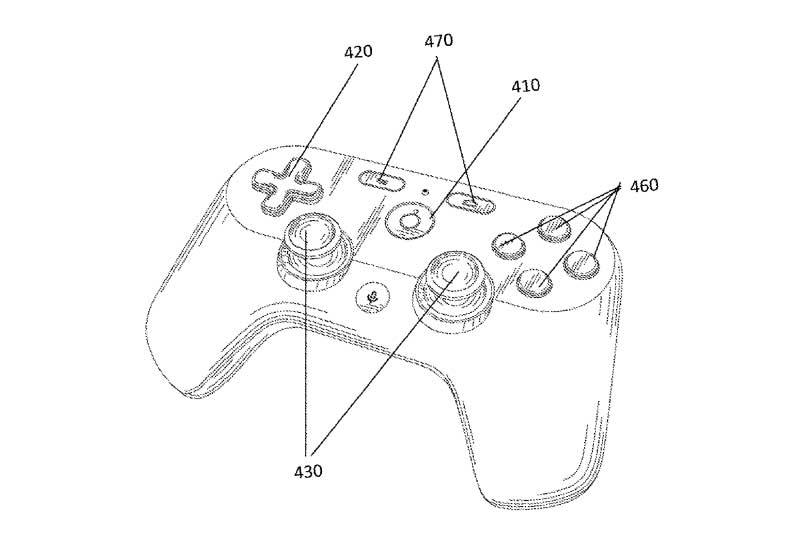 We had recently covered about Google’s plans to disrupt the gaming market by introducing “Project Stream”, new gaming hardware by the search giant is under construction. A chromecast powered dedicated gaming machine under code name Project Yeti was rumored to be appearing soon according to leaks.

Google Developer Conference held in San Francisco revealed something new about the project. It is rumored that Google is working on a controller for its streaming device. The leaks came after the company filed a patent for a notification system for a controller where a player gets a notification whenever the game is available.

The document used to file the patent contains different design illustration where a controller is displayed that looks a lot more similar to the PS4 controller. It talks more about the notification system where a player gets updates about new games.

This patent to some extent confirms Google is serious about Project Stream, a new video game streaming service where Google will host games online and allow players to enjoy them through a dedicated machine. It can be a Laptop running on Chromecast, but there are also possibilities Google will introduce its own console to compete in gaming.

Sony and Microsoft followed by Nintendo are current leaders who through their proprietary platform are the biggest players today. Microsoft is also working on a similar service, it would be stirring to see how the tech giants will pitch their new game streaming services to gamers.