Harshvardhan Rane REVEALS delivering a helmet to John Abraham in 2004

Harshvardhan Rane revealed being a delivery boy in 2004. He also stated that he once delivered a helmet to John Abraham 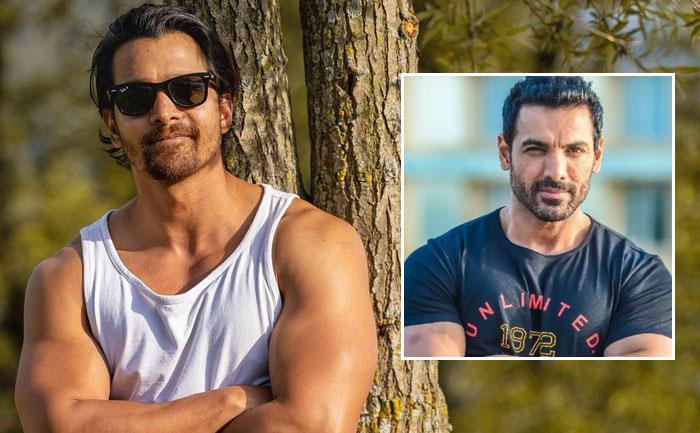 Harshvardhan Rane who made his Bollywood debut with ‘Sanam Teri Kasam’ in 2016 revealed that he once worked as a delivery boy. He also stated that he once delivered a helmet to John Abraham. Interestingly, Abraham will be soon be seen producing a film, ‘Tara Vs Bilal’ that also stars Rane.

Talking to Navbharat Times, Harvardhan said: “In 2004, I used to work as a delivery boy. Once, I delivered a helmet to John Abraham. The way I felt that day, seeing him, I continue to feel the same every time I see him. He is the producer of my film but I feel the same nervousness when he is around. When he keeps a hand on my shoulder I am like ‘when will he go, when will he go?’. I start stepping backwards.”

Further, he said that he still calls John ‘sir.’ “He asks me not to call him ‘sir’ but I cannot do that. Because, I met him when I was delivering stuff, with oil in my hair, pimples on my face and I was riding a dirty bike. I try my best to be a little more open in front of him, but I cannot do it. Perhaps, I won’t be able to do it in this life.”

On the work front, Rane was last seen in the Netflix romantic mystery thriller film, ‘Haseen Dilruba’ in which he essayed the role of Neel Tripathi. The film also starred Taapsee Pannu and Vikrant Massey.

COVID-19 Vaccine: How To Store Your Coronavirus Vaccine Card On Android Phone

Narappa Trailer: Venkatesh and Priyamani are intriguing in Telugu remake of Asuran