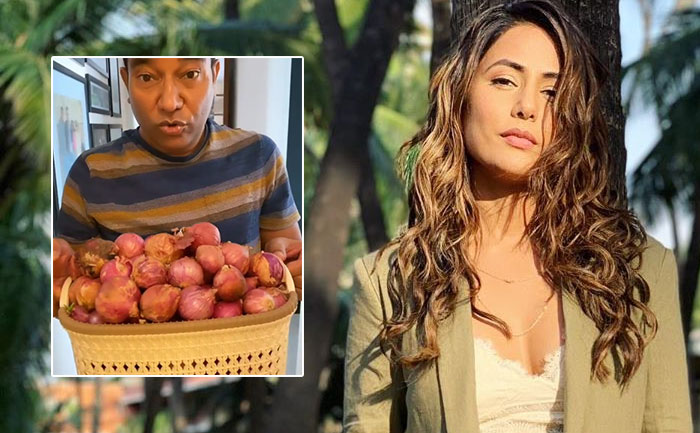 Hina Khan — one of the most sought after TV actresses — is an avid social media user. Hina Khan, who will be next seen in a music single titled ‘Raanjhana’ along with Priyank Sharma, has taken to Instagram and shared a video clip taking a dig at rising onion price.

The gorgeous actress makes all possible efforts to let her social media know about her daily activity. Hina Khan has recently shared an hilarious video, in which she can be heard saying that why her father has been asking her to hide onions.

You must be aware of country’s ongoing situation and how the prices of Onions have been soared in the last few weeks. According to reports, Onions in several parts of India is being sold over Rs 200 per Kg.

At a time when people are taking dig at rising Onions prices and making joke about the same, Hina Khan could not control herself as well.

Taking to Instagram, Hina Khan shared a video of her and dad asking her to hide a bucket, which is full of onion.

You can the video below:

On the work front, Hina has recently shared a teaser of her upcoming single titled Raanjhana, which is sung by none other than Arijit Singh. The 18-second long teaser has generated a lot of excitement among her fans. The full song will release on December 12.

Hina, who gained national recognition with her role in Yeh Rishta Kya Kehlata Hai, is also awaiting the release of her horror film, Vikram Bhatt’s Hacked.