Hrithik Roshan and Katrina Kaif To Pair Up For Satte Pe Satta?

Hrithik Roshan and Katrina Kaif to star opposite each other for the third time in 1982 comedy Satte Pe Satta. 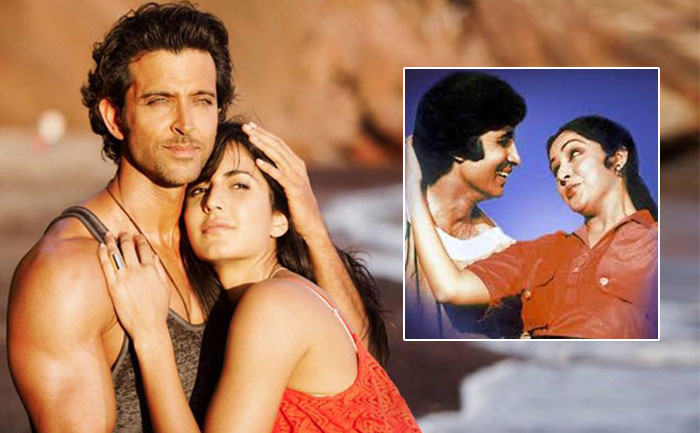 It is known fact that Farah Khan Kunder will be remaking 1982 comedy Satte Pe Satta. Talking about the movie, the fans are curious about the lead stars. Rumours abounded that Shah Rukh Khan might play the role of Amitabh Bachchan, but now Hrithik Roshan is finalised for the role. As per a Pinkvilla report, Deepika Padukone was being considered roped in as the female lead.

But now according to a  Bollywood Hungama report, it is not Deepika but Katrina Kaif being considered to play the female lead.

As reported by a source to Bollywood Hungama, “The makers were considering many top A-list actresses for the role. Considering that it was Hrithik Roshan and also owing to the fact that they needed to fill in the shoes of Hema Maliniji, the makers had a tough choice to make. But eventually, they thought Katrina would fit the bill. In fact, Katrina is quite honoured at the opportunity and she is also excited to play this interesting role.”

Me and mummmmyyyyy together after soooooooo long ?love u the bestest best ❤️ #sooryavanshi #towelseries

If the reports come true, then this will be Hrithik Roshan and Katrina Kaif’s third movie together. They were earlier seen in Bang Bang and Zindagi Milegi Na Doobara.

During a recent interview with DNA, Hrithik opened up about the Satte Pe Satte remake and said, “I am a huge fan of Mr Bachchan so whenever I will get a chance to step into his shoes, I’d be super excited. As for Satte Pe Satta remake, those are only reports as of now. When I sign my next film, I will tell the world about it. Until then, everything you hear is only a rumour.”

On the work front, Hrithik Roshan was last seen in Super 30 that is on the verge of crossing 100 crores. On the other hand, Katrina Kaif will be seen opposite Akshay Kumar in Rohit Shetty’s Sooryavanshi.