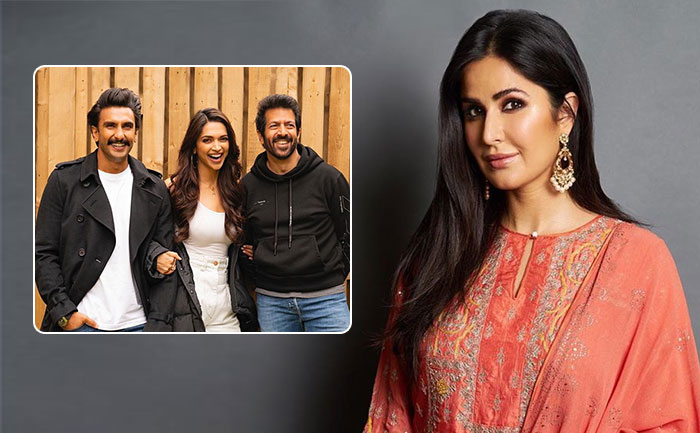 Kabir Khan’s 83 is all about India’s win in 1983 World Cup Finals. The movie has gone on floors and the shooting is going on in England. Ranveer Singh will play the role of legendary cricketer Kapil Dev and Deepika Padukone as his onscreen wife, Romi Dev. Before Deepika walked in, reports started making rounds that Katrina Kaif was offered this role.

During an interview with Times of India, she denied having being offered a role. She said, “There was no conversation around Kabir’s film. I was never in talks for 83. I know nothing about the film.”

For this movie, Ranveer Singh is following a strict diet to look like an athlete. On the other hand, Deepika will have a cameo. The movie is set to release on April 10, 2020.

Katrina was also asked about her future projects with Zoya Akhtar, she replied, “As for Zoya’s next, I will be happy to work with her on any film she decides to cast me in but there has been no specific work conversation so far. She is a director you’d would give anything to work with. She’s phenomenally gifted and it’s hard to express what she gives you as a director. It’s such a gift to work with her. She’s an incredible person; and so is Kabir.”

On the work front, Katrina Kaif is all set to star opposite Akshay Kumar, in Rohit Shetty’s Sooryavanshi. The movie will release on March 27, 2020.

The actress recently celebrated her 36th birthday in Mexico with her friends and family.