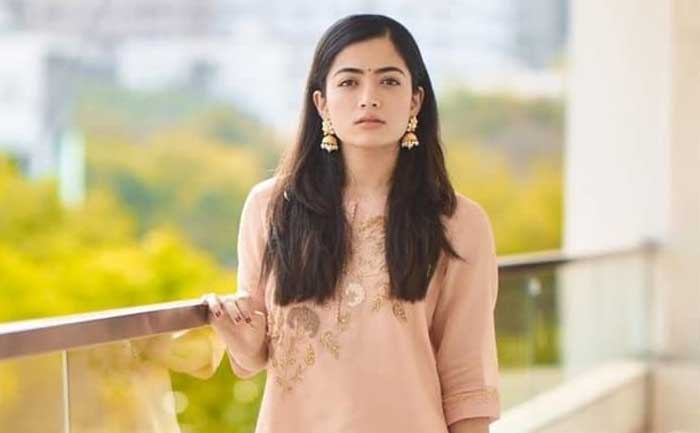 Noted Kannada actress Rashmika Mandanna has come under the Income Tax department scanner. The Dear Comrade actress’ residence in Virajpet was raided by the I-T officials. The I-T officials arrived in a taxi from Bengaluru at 7.30 am on Thursday, to conduct the raid.

As per a report in The Hindu, raids are reportedly made in connection with suspected tax evasion. It is reported that the Income Tax authorities are investigating whether or not Rashmika has paid taxes proportionate to her income. Over 10 officers took cabs to reach her place in Virajpet, They are currently verifying documents at the actress’ house. She is said to be outside the state shooting for a film. Rashmika’s father Mandanna is a coffee grower and owner of Serenity Hall in Virajpet.

According to The News Minute, the search operations are underway at Serenity Hall, owned by Rashmika’s father Madan Mandanna, and also his office premises.

Rashmika, 23, has acted in several Kannada and Telugu films over the last four years. She made her debut in Sandalwood with Kirik Party, which was a huge success at the box office. Rashika has been featured in Vijay Deverakonda’s Dear Comrade, Chalo, Geeta Govindam, Chamak, Yajamana, Anjani Putra and Vritra.

She was recently seen in Mahesh Babu’s Sarileru Neekevvaru and is currently working in the film Pogaru alongside Dhruva Sarja.