Sami Callihan: "Tessa Blanchard and myself have changed the wrestling world" 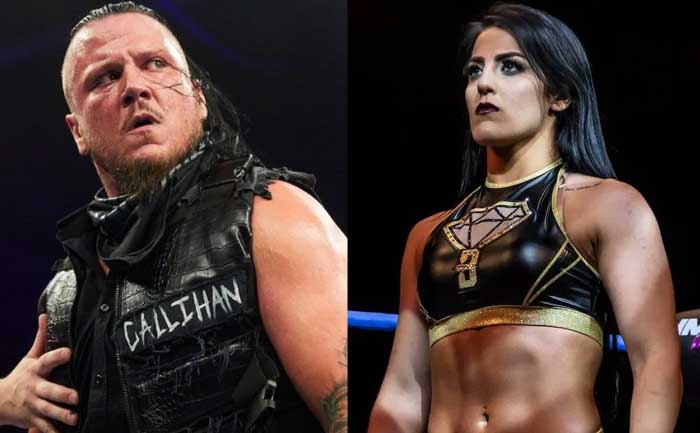 Speaking to E-N, Sami Callihan shared what the experience of being in an nine-month intergender feud with Tessa Blanchard was like.

“Tessa Blanchard and myself have changed the wrestling world. In 2019, when not just professional wrestling fans but the entire United States and the entire world is screaming for equality, I think Impact Wrestling is the first wrestling company to listen and give people the equality they have been asking for.”

When asked if the intergender wrestling part of the feud ever bothered him, Sami Callihan was quick to reply. “I know a lot of other people turned this storyline down and I wasn’t completely on board with intergender wrestling, but at the end of the day I do believe in equality. This sport has needed to change for a long time. You shouldn’t consider it intergender wrestling and just look at it as pro wrestling at this point. If you want equality I think this is where the sport needed to go. In 2019, some of the women’s wrestlers are even better than some of the men wrestlers and I think it is about time they get the recognition they deserve.”

Why The Intergender feud worked

The Impact World Champion also weighed in on why the Sami Callihan-Tessa Blanchard feud worked so well. “With what we’re trying to do if I would have treated her any different and not as an equal or a normal opponent I think the entire angle and storyline would have failed. Tessa Blanchard needed to be treated like everyone else and I think I am the only person who actually did that. I am looked at as a bad guy in professional wrestling but at the end of the day, I should be looked at as a hero. I am the one guy that said, ‘OK, you want intergender to be a part of pro wrestling? I will do it.’ I believed the wrestling business needed to change.”