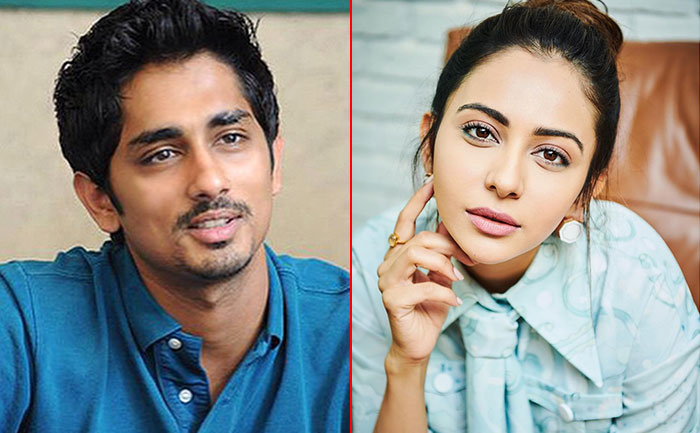 Days after we had reported that the makers of Tamil film Indian 2 have roped in Priya Bhavani Shankar and Aishwarya Rajesh for upcoming Tamil film Indian 2. Now, it looks they have cast yet another beautiful actress, Rakul Preet for Kamal Haasan’s Indian 2. Indian 2 full movie story leaked

According to reports, Rakul Preet has already given her nods to be a part of Indian 2 but it is yet to sign on the dotted lines. The beautiful actress will play Siddharth’s love interest in the film. Apart from Priya Bhavani Shankar, Aishwarya Rajesh and Rakul Preet, makers have also signed Kajal Aggarwal for the film. Indian 2: Aishwarya Rajesh Walks Out Of Kamal Haasan’s Magnum Opus

A source was quoted as saying, “The makers were keen to cast Rakul in an important role and hence approached the actress in Mumbai. She also heard the script and has agreed in principle. She would be signing on the dotted line soon. It is indeed Rakul’s lucky that she is cast in director Shankar’s film early in her career. She would be playing the love interest of Siddharth who is the grandson of the vigilante Senapathi and son of Chandru, both characters played by Kamal in the original version.”

The makers have already completed its two schedules and they will resume the shooting from August 19 with Kamal Haasan, Kajal Aggarwal, Aishwarya Rajesh, Priya Bhavani Shankar and Vidyut Jammwal.

According to Sify.com, Vidyut Jammwal has been learning Kalaripayattu for his character in Indian 2. He has also shared the glimpse of the same on his Twitter account.

The film Indian 2 is scheduled to hit the theatres on Pongal 2021. Kamal has plenty of time to complete his new magnum opus action thriller Thalaivan Irukkindran.

Director Shankar and Kamal Haasan collaborated for Indian 2 after almost two decades. However, the film was put on hold for a few months due to a rumoured fallout between Shankar and Lyca Productions. Now, it looks like all the issued have been resolved.

Indian 2 is a sequel to 1996 blockbuster film of the same name. Kamal Haasan won the national award for that film as well. The story of the film revolves around an old vigilante freedom fighter who fights against corruption in the country. According to reports, Kajal Aggarwal will be seen as Kamal’s pair, Nedumudi Venu and Delhi Ganesh have been signed on to play supporting actors in Indian 2.

The film Indian 2 was initially announced in Bigg Boss Tamil season 1 which took place in 2017 with Dil Raju as the producer of the film, but later Lyca Productions officially announced the making of the film on Kamal Haasan’s birthday on 7 November 2018.

The dialogue of Indian 2 is written by Jayamohan, Kabilan Vairamuthu and Lakshmi Saravanakumar. Interestingly, Kamal Haasan officially announced in December last year that this would be his last film in his 58-year acting career.

The trailer of Indian 2 is not unveiled by the makers. As soon as they upload Indian 2 trailer, we will upload in this space. Till then Keep watching this space for more information about Indian 2.