Here's how to wish your friends, family members and beloved ones Happy Indian Army Day 2020 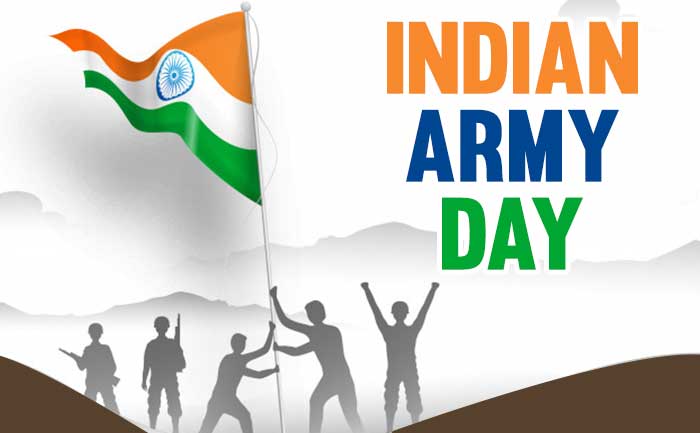 On January 15, 2020, India is celebrating 72th Army Day in New Delhi. The day marks a day to salute the valiant soldiers who sacrificed their lives to protect the country and its citizens. On the occasion of Indian Army Day, every Indian feels proud to be the citizen of this country and send Army Day wishes, messages, greetings, pictures, and quotes to their friends, family members, and beloved ones.

If you have not send Army Day wishes to your friends and family members today (January 15, 2020), here are some of the best Army Day wishes, images, greetings, messages and quotes for you.

“We fight to win and win with a knock out, because there are no runners up in war” -General JJ Singh

“If a man says he is not afraid of dying, he is either lying or a Gurkha” – Field Marshal Sam Manekshaw

“The enemy are only 50 yards from us. We are heavily outnumbered. We are under devastating fire. I shall not withdraw an inch but will fight to our last man and our last round” – Major Somnath Sharma.

“Quartered in snow, silent to remain. When the bugle calls, they shall rise and march again” – The scroll of honour at the Siachen base camp.