Jannat Zubair, Avneet Kaur & Arishfa Khan: Here’s how you can style your crop tops like these TikTok stars 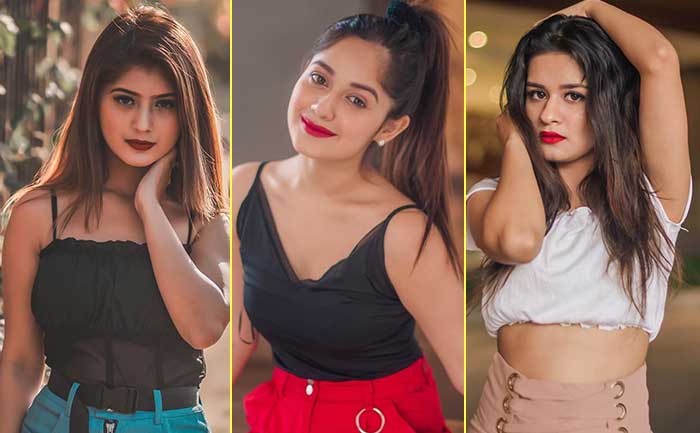 Arishfa Khan: TikTok star Arishfa Khan is a diva who has got the style but that’s not all. Her dressing sense is one such thing that is holding the talk of the town. She is a recognized Indian actress, Dancer, Model, YouTuber, Instagram Star, Vlogger, and Social Media Influencer. Avneet Kaur Hot Vacay Photos

The Tik Tok star recently achieved a new milestone. Yes, She touched 20 Million followers mark on TikTok. Her music video ‘Yaara’ went on to be the most loved song and gave a lift to the number of her followers on social media. This young beauty has taken the internet by storm through her hot photos, TikTok videos, and her stylish outfits. Avneet Kaur Clumpsy Video

Jannat Zubair: Talking about Jannat she is known for her photos, hairstyle, and fashionable outfits. Yes, besides having admirable acting skills, Jannat Zubair is one of the most attractive and youngest Indian TV actresses.


Jannat Zubair gained popularity with ‘Phulwa’ in 2011 where she played the role of young Phulwa. In September 2019, she became India’s no 1 Tik-Tok creator after reaching 10 million followers and to celebrate her accomplishment she made a song titled ‘Tik Tok Queen’ which also featured Brown Gal and Viruss.

Avneet Kaur: Avneet Kaur is one of the most loved stars on TikTok right now and is known for posting videos of herself dancing or mimicking other celebs and their dialogues.

These social media muses have more or less controlled the entire world and there’s a valid cause behind that. Their style and the way they carry themselves is something that most of us can acquire from. In this article, we bring to you some tips on how you can style your crop tops like them.

Arishfa Khan, Jannat Zubair & Avneet Kaur: Here’s how you can style your crop tops like them.

Shoutout to the girls who haven’t felt okay lately, but get up everyday and refuse to quit STAY STRONG QUEENS 👸 📸 @smilepleasephotographyy

Once you carry your own water, you will learn the value of every single drop. 📸 @ayaanzubair_12