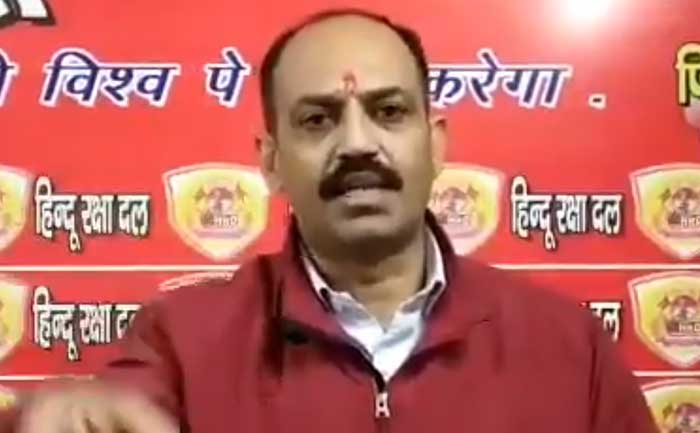 The nation was left shocked as some masked miscreants attacked the prestigious JNU leaving many students injured. Now a day after the armed and masked miscreants wreaked havoc in the Jawaharlal Nehru University in New Delhi. The person behind the brutal attacks has taken responsibility and also issued a warning that it may occur again in the future.

A video showing one Bhupendra Tomar aka Pinky Bhaiyya President of the Hindu Rashtra Dal taking responsibility for the attack on JNU students. Check out the viral video here.

Hindu Raksha Dal takes responsibility of #JNU attack and says will keep doing such attacks in the future. #JNUViolence pic.twitter.com/lJgE3S2FHa

In the two-minute-long video, Tomar can be repeatedly seen saying it was members of the Hindu Rashtra Dal who were responsible for the violence against students. He also vowed to mete out the same treatment to those who will take part in “anti-national” or “anti-Hindu” activities in the future.

Tomar said, “We (Hindu Rashtra Dal) won’t be able to tolerate such activities. Such people live in our country, eat our food, and get educated in our institutions. What do they want? Such activities will not be tolerated by us. If more anti-national activities take place in our country, they would receive the same answer they got last evening.”

He further added, “We take responsibility for JNU violence, they were our people. And those who can’t serve Mother India, they have no right to live here. We are ready to serve ‘Bharat Mata’ at any time and even sacrifice our lives for it. We will not spare those who speak against our religion.”

Terming Tomar a Gunda (thug), senior lawyer Prashant Bhushan asked why the Delhi Police had not arrested him yet.

This gunda from the Hindu Rashtra Dal proudly claims that he was behind the brutal attack by masked goons on JNU students & teachers. Yet @DelhiPolice does not arrest him. Is anyone still in doubt of who were the attackers & their patrons in Police & govt? https://t.co/BhYbeijG10

Twitter users too took to the social networking platform to express concern about Tomar’s ‘confession’, with many urging the Delhi Police to take action against him.

Salary of Mukesh Ambani’s Chef Is Way More Than You…

Divyanka Tripathi does not want be a part of ‘Bigg…