John Wick 4: Release date, cast, plot, spoilers and everything you need to know

Will there be a John Wick: Chapter 4? Here's everything we know about the upcoming part of John Wick franchise. 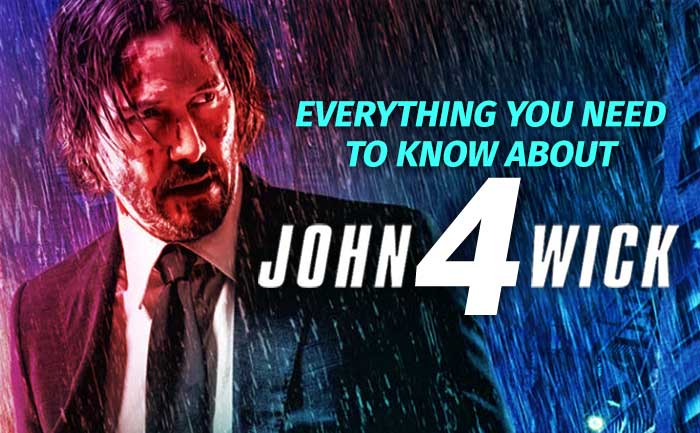 For the unversed, the story of John Wick franchise is quite simple as it revolves around a retired assassin’s dog is killed which bring him out of retirement. But the assassin we are talking about is John Wick, The Baba Yaga.

John Wick 4 release date: When will it out?

John Wick 4 is scheduled to release on May 21, 2021. Yes, fans of Keanu Reaves will have to wait a long time to watch chapter 4 of John Wick. But, if we look at the gap between the third or fourth chapter, that’s just two years showing how high a priority this franchise has become.

Besides this, there is also a John Wick TV series in the works. It has been confirmed by none other than the Starz President and CEO Jeffrey Hirsch that it will air after the fourth movie. It’s set to be a prequel though, so don’t expect any major crossovers.

In the last part, we saw Manager Winston shoots and seemingly kills John Wick to gain the High Table’s favour. However, John is not dead yet and it has been taken to the Bowery King who speaks of revenge. Asking if John’s angry, the battered and bruised assassin growls, “Yeah.”

This clearly gives us hints that in John Wick Chapter 4, both John and Bowery King will team up against both the High Table and The Continental, delivering the all-out war that the Parabellum title teased.

Aside from how the third movie sets up the war between Wick and the High Table, we don’t yet know too much about what will happen in the fourth movie.

However, we shouldn’t be expecting a happy ending to the overall saga, whether Chapter 4 is the end or a future movie.

Speaking to IndieWire, Stahelski said: “John may survive all this shit, but at the end of it, there’s no happy ending. He’s got nowhere to go. Honestly, I challenge you right now, here’s a question to you: How do you f**king want me to end it?

“Do you think he’s going to ride off into the f**king sunset? He’s killed 300 f**king people and he’s just going to [walk away], everything’s okay? He’s just going to fall in love with a love interest?

Keanu Reeves will, of course, be returning as John Wick in Chapter 4 and it would not be a hit without John Wick. Besides Keanu Reeves, it is Bowery King, who will also come back as we saw that he will join hand with Jason Mantzoukas as the Tick Tock Man, one of the Bowery King’s assassins.

Franchise regulars Ian McShane and Lance Reddick will be back as Winston and Charon, although it is not clear if they will be on Wick’s side or if he won’t be able to forgive Winston for trying to kill him.

Is there a trailer for John Wick Chapter 4?