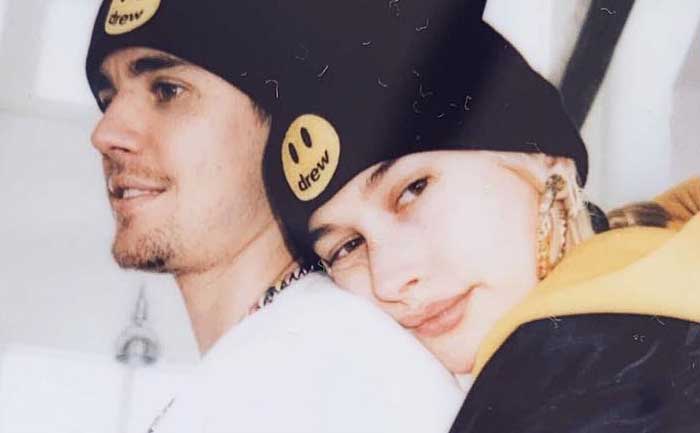 Justin Bieber and Hailey Baldwin are enjoying their marital bliss. It was only last year when the couple married again right in front of close friends and family members. Ever since then, it has been about more than a year but looking at the love struck couple it appears like their love is going strong.

In the meantime, Justin Bieber took to Instagram and shared a super cute, cozy black and white selfie with his ladylove Hailey as the two caught a movie together. He captioned, “Movie night with bae.” Check out the picture below.

In the particular picture, Justin is looking at the camera while Hailey is putting her head on her husband’s shoulders. Regardless, it was the previous picture shared by the Yummy singer that literally left his millions and millions of followers in awe. In the former picture Justin shared Ecclesiastes 4: 10 MSG.

It read, “It’s better to have a partner than go it alone. Share the work, share the wealth. And if one falls down, the other helps, But if there’s no one to help, tough!.” Check out the picture below.

Getting married is the most rewarding thing I've ever done

But the most interesting part besides Justin Bieber’s romantic posts were that Hailey left a heart emoticon in the comments section for her husband’s heartwarming expression.

Also Read: Justin Bieber On TikTok: Shares Then And Now Pics For His First Post

Kangana Ranaut Gets Rape Threats From Odisha Lawyer Who…

‘Badhaai Do’: Rajkummar Rao To Portray A Cop And…