Home > Entertainment > Kareena Kapoor Khan on breakup with Shahid Kapoor: ‘Destiny had its own plan’

Kareena Kapoor Khan on breakup with Shahid Kapoor: ‘Destiny had its own plan’

Kareena Kapoor Khan opens up on her breakup with Shahid Kapoor while shooting for 'Jab We Met.' 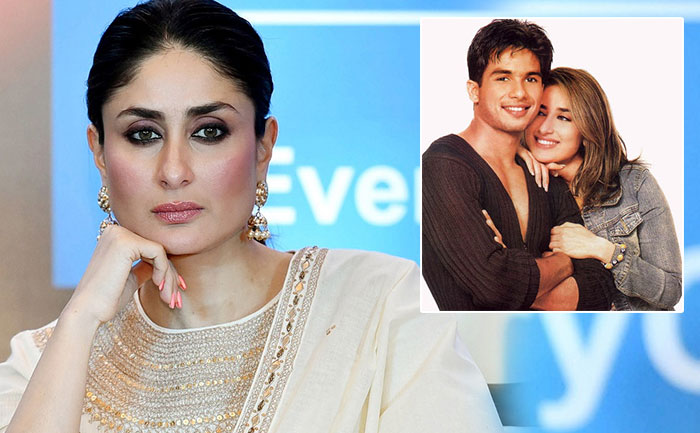 As we all know, back then there was a time when Kareena Kapoor and Shahid Kapoor were known as an ideal couple and their relationship was the talk of the town. The couple, have worked together in many films, dated for a short period; however, things didn’t go as intended and they soon announced separation.

Now, in a recent interview with Film Companion, the actress opened up on what went wrong between the two, talking to Anupama Chopra, she said, “In fact, it was Shahid who actually said that I should hear this script of this film. He was like, ‘It’s amazing, the girl’s part is amazing and you should do it.’ He kind of actually got this entire project together and both of us ended up doing this film,” she said.

Talking about the breakup she said, “Of course, then destiny had its own plan and life took its own course. A lot happened in the making of this film and Tashan and our lives… We all kind of went our separate ways. And this beauty of a movie came out of it.”

Kareena also spoke about ‘Tashan’ changed her life. “I think we just had to kind of do this movie at this time when Tashan was being made…and I met Saif. So I kind of did Tashanfor that actually…when I actually thought that that was gonna change my life and my career. But this (Jab We Met) changed my career and that (Tashan) changed my life. Because I did meet the man of my dreams and I did marry him. And this (relationship with Shahid) kind of took its own course in which both Shahid and me went our separate ways. And this gem came out of it.”

As she completes 20 years in Bollywood, we ask #KareenaKapoorKhan to relive 5 of her most path breaking performances in films like #JabWeMet, #K3G and #Omkara. Which other performances do you think made the cut on our #CountTo5? Subscribe to our YouTube channel and watch the video!