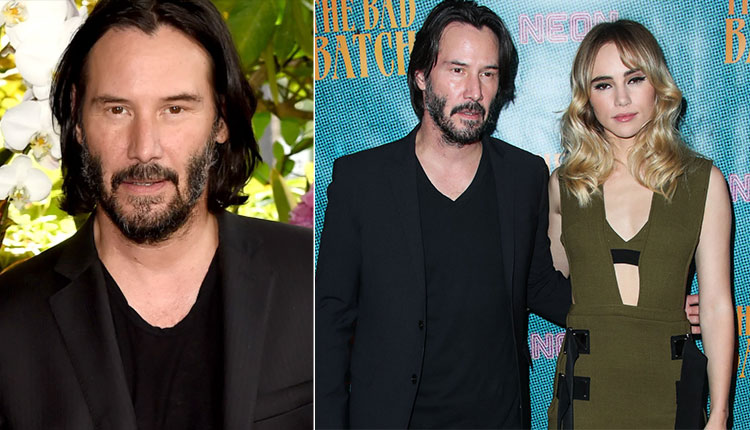 Hollywood superstar Keanu Reeves is ruling the box-office with the latest installment of John Wick. Now he is also ruling the social media all thanks to his pics. Yes, the actor is viral on the internet with fans calling him ‘respectful king’. The reason being Reeves habit of not touching his female fans and co-stars while clicking pictures with them.

Back in 2018, netizens on Reddit had pointed out that Keanu Reeves doesn’t touch women while taking a picture with them. Now, in 2019, a Twitter user (Kemoy Lindsay) has done the same. Sharing multiple photos of Keanu keeping his hand’s several inches away from the women around him.

@KemziLinzi portrayed Keanu’s tendency to not touch women as a negative thing. He insinuated that Keanu was doing it to avoid any accusations of sexual harassment. But fans of the superstar soon reminded Linzi that people might not be comfortable with everyone’s touch and it is likely that Keanu is aware of that. Therefore, he’s just respecting their personal space while also allowing them to take away a memory of their meeting.

i stan a respectful king love you so much keanu https://t.co/wLvl28sgth

It’s not about not taking chances, it’s about being considerate and respectful, qualities that Keanu carries in spades. https://t.co/AGuLmsnVWb

He’s respectful. This should be how it’s done unless ya know the woman doesn’t mind being touched. Keanu should inspire us all https://t.co/bwDihtUZYk

Keanu has the amazing power to make you feel hugged without ever having touched you.

He’s being respectful and I’m here for it!! ❤️

I’ve seen a couple people comment “its sad it has to be like this”, what’s actually sad is the obsession we have with touching women at any given moment. He’s just being respectful of others bodies *what a concept*

It’s called “manner hands” And is used by many men around the world (mainly Asian countries).

The tweet has more than 300,000 likes. Fans have celebrated the photos as evidence that Reeves is respectful of women.

Also Read: Keanu Reeves to star with Angelina Jolie in Marvel’s The Eternals?