Home > Tech > Google, Facebook and others are blocking keywords related to child pornography

Google, Facebook and others are blocking keywords related to child pornography

Search engine Google, Microsoft, Facebook and Yahoo have begun blocking keyword pertaining to child pornography and violence against minors on their respective platforms in India. These companies are taking this step to prevent the spread of such kind of videos on social media.

As per reports, the development of blocking Keyword related to child pornography started after Ministry of Electronics & Information Technology and Minister of Home Affairs recommended.

The keywords that have been blocked have not been released for public knowledge so that it becomes harder for perpetrators to figure out a way to work around it. A search for one of the blocked keywords will no longer show the desired result and will instead display a warning that such content is against the law and the platform’s policy.

It is to be noted that apart from English, Keywords in Hindi and some other languages have also been blocked.

The move to block obscene keywords is due to a fine imposed on Facebook, WhatsApp, Google and Microsoft for not following an earlier order by the top court. A Hyderabad-based NGO, Prajwala, filed a petition in the SC, requesting the court to direct tech giants and social media sites not to allow pornography to be uploaded.

If a person searches for one of the blocked keywords, it will no longer show the desired result and will instead display a warning that such content is against the law and the platform’s policy. 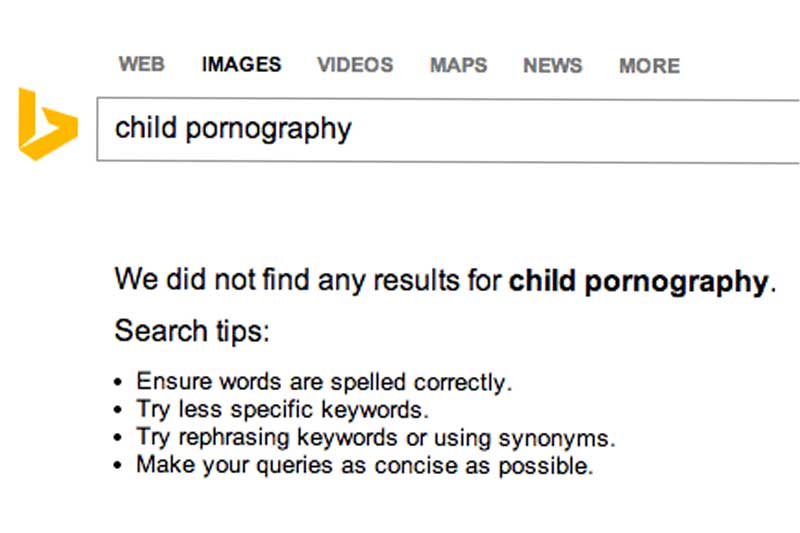 A man working with an internet company said that this is “an ongoing process” and that it is difficult to stop people from publishing at the source. However, blocking keyboards is a way to stop these videos and photos from going viral.

“The internet companies have implemented the search word ban, but it is still not completely effective. Some words work, some don’t. We have tested 100 keywords on these platforms,” Aparna Bhat, a lawyer at Prajwala told India Today.