Here's what Raveena Tandon has to say on working with Yash in her upcoming film K.G.F. Chapter 2. 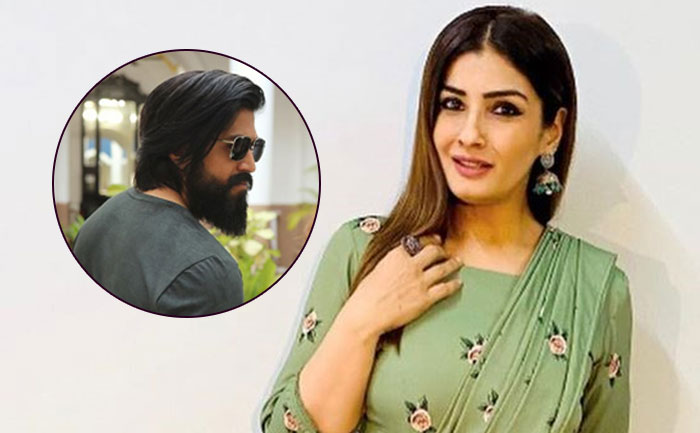 Sandalwood Superstar Yash‘s upcoming movie ‘KGF: Chapter 2’ is one of the most awaited films of 2020. There are millions of Yash fans eagerly waiting to watch KGF 2. As we have earlier reported that Raveena Tandon will be essaying the role of Prime Minister Ramika Sen in KGF: Chapter 2, now the actress has shared her experience working with Yash.

Raveena Tandon — who has completed the shooting of her portions for KGF 2 — has spoken up about her experience of working with Yash and her reunion with Sanjay Dutt.

Talking to Pinkvilla, “Shooting for KGF Chapter 2 was a pleasure. The role is different it has got shades of grey. There is a lot of suspense. I wasn’t sure if I would have been able to do it, but it was an amazing and fun role to do.”

And alll “ action “it is ! Back onto the #kgfchapter2 sets . We are a serious kgf family here , with lots of masti and fun thrown in ! ??

Revealing her experience of shooting with Yash, Raveena Tandon said, “Yash is a fantastic person, he is a gem to everyone on set. It was a great experience to shoot with him. The whole unit was warm. Luckily my schedule got over in February before coronavirus and the lockdown..we wrapped up the film.”

Refusing to divulge further details about her role in KGF 2, Raveena Tandon said that it was indeed fun collaborating again with Sanjay Dutt on the big screen. The duo had earlier worked together in multiple movies including Vijeta, Khauf, LOC; Kargil, Jung amount others.

Meanwhile, Yash plays the role of the protagonist while Bollywood star Sanjay Dutt will be seen as the antagonist. KGF: Chapter 2 will have Srinidhi Shetty playing the female lead. The film will be released in multiple languages including Hindi, Tamil, Telugu, Kannada, and Malayalam. KGF Chapter 2′ is directed by Prashanth Neel and produced by Vijay Kiragandur.

ALSO READ: KGF Chapter 2: Raveena Tandon Opens Up About Her Character In KGF 2