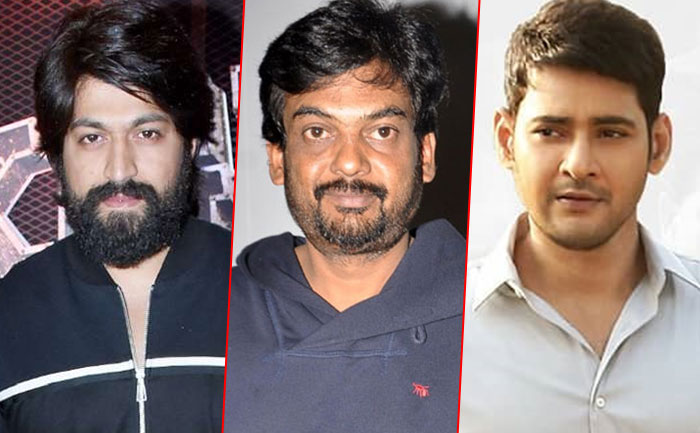 It is to be noted that Mahesh Babu walked out of the film for unknown reasons but it looks like Puri has found the capable alternative of Maharshi actor.

Puri Jagannadh, who is basking in the grand success of iSmart Shankar, has recently gone to Bengaluru to discuss the script with Yash. A source told The Indian Express, “Puri always wanted to make Jana Gana Mana keeping the pan-India audience in mind. The story is a take on the gruesome murders, rape cases and crimes that shook our nation over the last few years. The director sat twice with Yash to discuss the script in Bengaluru, and the duo will meet again soon for the final narration.”

If everything falls in place, Puri Jagannadh begins the shooting of Jana Gana Mana, once Yash completes the shoots of KGF 2.

The Hindi version of KGF Chapter 2 will be bankrolled by Farhan Akhtar. On the occasion of Sanjay Dutt’s 60th birthday which falls on 29th July 2019, Farhan Akhtar took to his social media accounts and unveiled a dreaded look of Baba. The Khalnayak actor will play the character of Adheera.

I remember, as a kid, watching him shoot for his debut film ‘Rocky’ on bandstand and all these years later we’re finally collaborating on something special.
Here’s presenting @duttsanjay as Adheera from #KGFChapter2.

On the professional front, Puri Jagannath’s last directorial film was iSmart Shankar and he has announced the sequel to the film Double iSmart. On the other hand, Yash is currently shooting for KGP Chapter 2, which is likely to hit the theatres later this year.