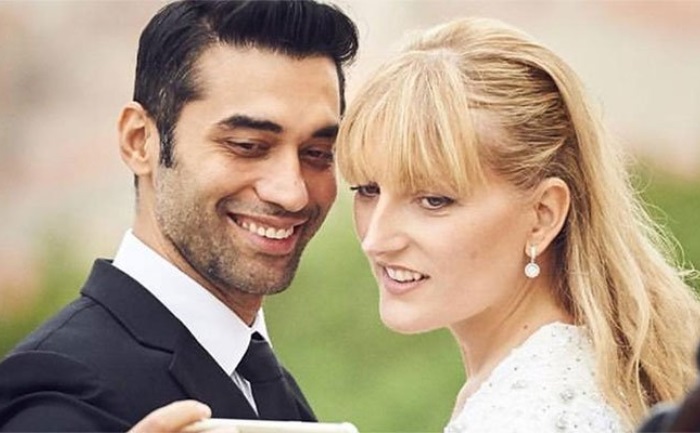 Television actor Kushal Punjabi committed suicide in his apartment leaving fans and friends in a shock. Reports suggested that he was suffering from depression and also had a troubled marriage. He had left behind a suicide note claiming that no one should be blamed for his decision and his property is to be divided equally among his parents and son Kian. As per his friends The Ishq Mein Marjawan actor was a very happy-go-lucky and positive personality so his decision to end his life was quite shocking to all.

Many said that his failed marriage was the reason the actor took such a drastic step. Kushal was married to Audrey Dolhen and the couple had a son together. As per reports his wife was not living with him. Kushal and Audrey Dolhen tied the knot with each other in Marseilles in 2015. Audrey had to move to China recently due to work commitments and also took their son Kian with her.

Finally, Audrey has opened up on her failed marriage to Kushal and being blamed for his death. In a statement to Peepinh Moon, she said, “We had problems in our marriage but it was not a failed marriage. I never stopped Kian from talking to his father Kushal. It was Kushal who was not serious about his family. I invited him to settle down in Shanghai but he was least interested. In fact, it was me who was looking after his expenses. Kian lost interest in his father because of lack of seriousness. I tried my best to save my relationship with Kushal.”

She also added, “Kushal was a careless father who never bothered about his son’s future. I was at the receiving end in the marriage and not him. I was with our son Kian in France for the Christmas holidays. I don’t know why I am being blamed for his death, it was Kushal who failed in our relationship.”

Kushal Punjabi started his career as a model and dancer. He has worked in various films and TV shows such as Kabhi Haan Kabhi Naa, Kkusum Kaal, Lakshya, Dhan Dhana Dhan Goal, Salaam-e-Ishq: A Tribute to Love, Aasman Se Aage, Teri Meri Love Stories among others.