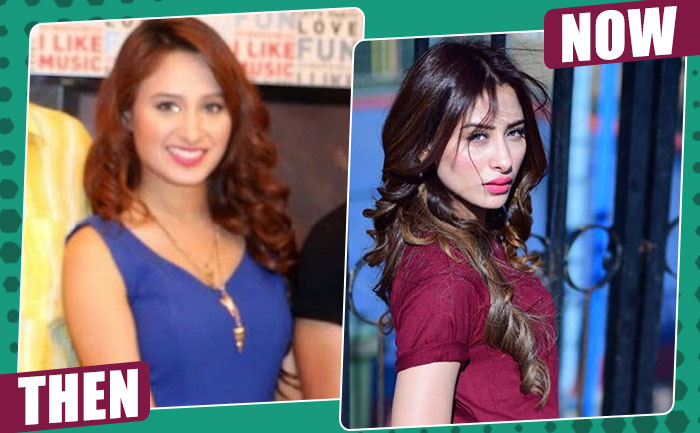 Mahira Sharma is an Indian TV actress and one of the contestants of Salman Khan’s show Bigg Boss 13. The gorgeous actress has been making headlines ever since 13th season of Bigg Boss 13 premiered on 29th September.

Mahira Sharma is an avid social media user and has a huge fan following. She is also regarded as a social media star. The beautiful actress has always been in the news for her fashion sense and stunning looks. But, only a few people knows how hard she struggled to achieve this amazing look. Yes, you will be shocked to see Mahira Sharma’s transformation over the year.

The diva has undergone scores of transformation when it comes to her look. If you look at her earlier pictures, you will notice how she has evolved herself in the last few years. In this article, we are going to talk about Bigg Boss 13 contestant Mahira Sharma’s transformation. She got a big break in a TV show titled ‘Y.A.R.O Ka Tashan’, in which she played the role of a girl Shilpy. It was a science drama that aired on Sab TV in 2016 and lasted for a year. After ‘Y.A.R.O Ka Tashan’, Mahira Sharma was roped in for ‘Naagin 3’. Speaking about her massive transformation, Mahira had undergone some major changes to her looks for her character as a Witch. Mahira’s part in the show was recurring because it had become a fan favourite. But it was a brief stint. Mahira Sharma has been a part of many popular TV shows and ‘Kundali Bhagya’ is one of them. In Kundali Bhagya, she played a negative role of a vamp. The name of her character was Monisha in this popular show. Besides her acting and TV roles, Mahira is also a popular social media star. Her Tik-Tok videos have taken the internet by storm on numerous occasions.

The alleged ex-boyfriend of Mahira Sharma is known for his role of Hrithik Roshan’s brother in the movie Kaho Na Pyaar Hai. The popular actor has also appeared in many web series including Faceless and My Name is Sheela.

The Diva is currently a part of Bigg Boss 13 and we look forward to seeing more of the gorgeous diva in the house of BB.

Also Read: Bigg Boss 13: Did Mahira Sharma Break Up With THIS Actor Before Entering The Show?