Ahead of his 54th birthday, a video of SRK anchoring a New Year's Eve show on Doordarshan went viral on social media. 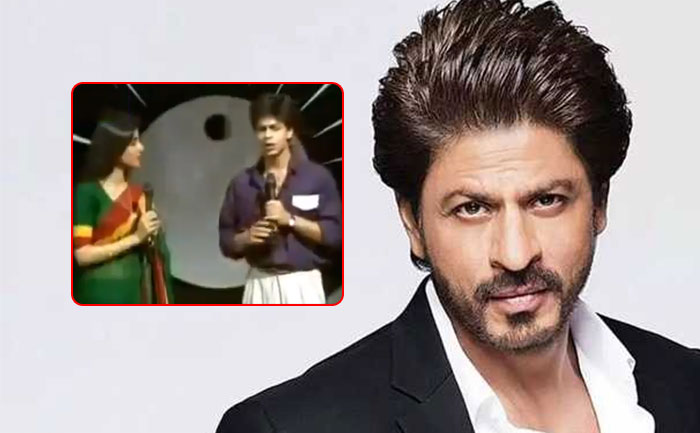 Before becoming a superstar of Hindi film industry, Shah Rukh Khan used to star in TV shows. A video of that era, in which Shah Rukh is seen co-anchoring on Doordarshan channel, has gone viral on the internet. The fans of Zero actor have been going gaga over the video.

Well, this has been truly a treat for fans of SRK as they have been waiting to see the actor for almost a year. Shah Rukh Khan, who was last seen in Zero alongside Katrina Kaif and Anushka Sharma, is yet to announce his upcoming film.

Shah Rukh Khan will turn 54 on 2nd November and fans have already started having their little celebration on social media. Ahead of his 54th birthday, a throwback video of SRK surfaced on the internet, in which he is seen co-anchoring a New Year’s Eve show on Doordarshan.

#ShahrukhKhan as a tv anchor for a singing programs of #Doordarshan. #srk #shahrukh

Talking about Zero actor’s acting career, he made his Bollywood debut with 1992 film Deewana and later on he featured in several movies such as Raju Ban Gaya Gentleman and King Uncle before Baazigar and Darr, which arguably made him a household name in Bollywood. In the Nineties, shah Rukh delivered multiple blockbuster films including Dilwale Dulhania Le Jayenge, Karan Arjun and Pardes to name a few.