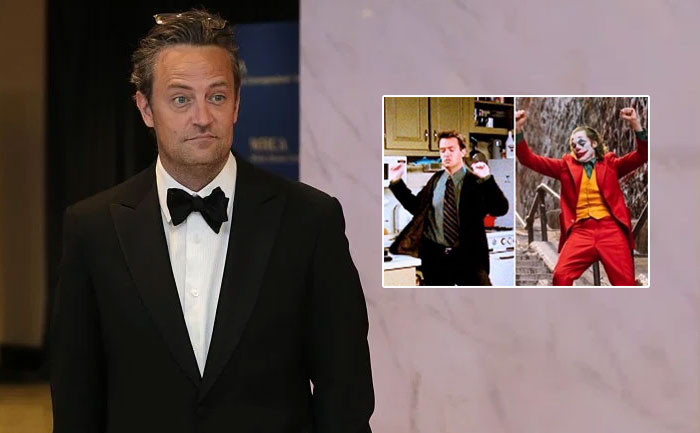 FRIENDS star Matthew Perry feels that Joaquin Phoenix has copied his iconic Chandler dance for hit flick ‘Joker’. Mathew took to his social media handle and has shared a hilarious meme about the true inspiration behind Joaquin ’s iconic staircase dance in Joker. He tweeted a picture comparing the scene with his own little dance from the hit TV show, FRIENDS.

Perry further clarified that he did not make the collage, but thanked whoever did:

“Sorry I don’t know who made the image, but bravo,” he added in another tweet.

Sorry I don’t know who made the image, but bravo.

Several fans found the comparison quite hilarious. Many even found some more similarities between the two.

Joker stole all his moves from Chandler Bing pic.twitter.com/GKSoM6EOxs

Joker has crossed the USD 1 billion mark across the globe and it is now the fourth DC comic title to cross the figure, after Aquaman (USD 1.15 billion), The Dark Knight Rises (USD 1.084 billion) and The Dark Knight (USD 1.005 billion).

Joker had released on October 2 in India. The movie had bagged the Golden Lion award at the Venice Film Festival. It has also won the Golden Frog Award for its cinematography at the Energa Camerimage Festival in Torun, Poland, on Saturday. The Audience Award too at the event.