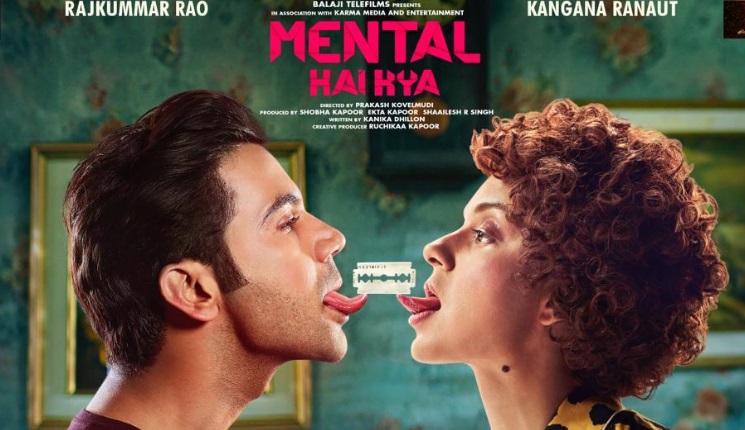 Today the makers have shared the latest motion poster of the movie that showcases Rajkummar and Kangana posing with a blade balancing on their tongue. The poster has also confirmed the release date.

In the poster, Kangana Ranaut is seen sporting a short curly hairdo, dressed in a yellow and black shirt whereas Rajkummar Rao is dressed in a maroon t-shirt. The poster’s tagline — Sanity is Overrated — gives us a hint of what to expect in the movie.

The first poster of the film was unveiled in March last year. It had created a buzz on social media. This is Rajkummar Rao and Kangana Ranaut’s second collaboration after super-hit flick ‘Queen’. The makers of Mental Hai Kya describes the movie as a celebration of “imperfection and the crazy within us.”

The movie has been co-produced by Karma Media and Entertainment and Ekta Kapoor’s Balaji Motion Pictures, the comedy thriller also stars Jimmy Shergill and Amyra Dastur in pivotal roles.