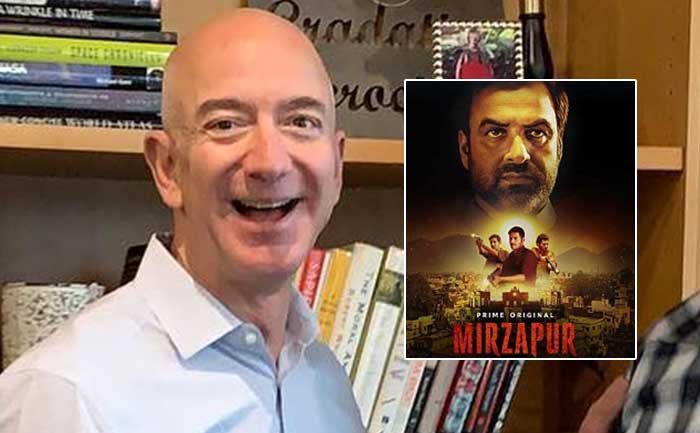 When Amazon Prime’s Mirzapur released nobody did think that it would become a sensation one day in the web world just as it premiered last year. In fact, the most loved web show has also been a meme material and now the fans are hugely excited as they anxiously wait for the season 2.

Though, sometime ago Mirzapur‘s lead star Ali Fazal had previously hinted at the season 2 coming in April 2020. However, it seems that the wait is definitely getting harder for the fans. The reason is because the makers haven’t officially announced the release date of Mirzapur 2 as of yet.

Lately, Amazon’s CEO Jeff Bezos visited India. He shared the update about his recent visit with his followers on Twitter. He posted a video wherein he can be seen paying a tribute to Mahatma Gandhi.

Jeff captioned the video, “Just landed in India and spent a beautiful afternoon paying my respects to someone who truly changed the world. “Live as if you were to die tomorrow. Learn as if you were to live forever.” – Mahatma Gandhi.” Check out the video below.

Just landed in India and spent a beautiful afternoon paying my respects to someone who truly changed the world. “Live as if you were to die tomorrow. Learn as if you were to live forever." – Mahatma Gandhi. pic.twitter.com/xDXAT9cBgf

But the Indian netizens had only one question in mind for Jeff. They asked him about Mirzapur season 2’s release date. Check out the reactions below.

That's Alright but when is Mirzapur Season 2 gonna come ?

its good u landed in india and did this, but please announce the date of MIRZAPUR season 2🇮🇳 asap