Top 10 Most Expensive Dog Breeds In The World

You won't find these dog breeds in your local dog park 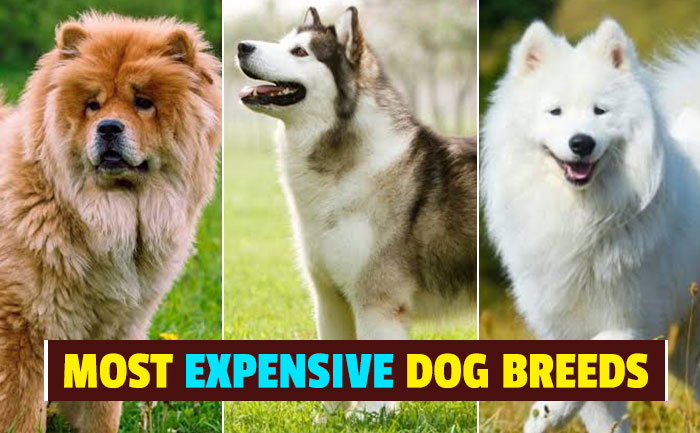 Dogs are one of the most loyal and loving pets you can have. While we love to splurge on our trusty companions, some dog breeds can rack up the bills much higher than others. This can be due to a variety of factors. Rare dog breeds obviously cost more but an average household spends an average of $1,675 per year on their canine companions. While purebred dogs cost more, there are some dog breeds that are truly out of reach for an average person. If you’ve ever wondered, here are the 10 most expensive dog breeds in the world.

10 Most Expensive Dog Breeds In The World The Afghan Hound is highly desired as it is the most distinguished-looking dog breed in the world. Adorned with long silky coats, an exotic face and regal built, these dogs are a choice breed for dog lovers everywhere. However, not many can afford this majestic animal as it is one of the most expensive dog breeds in the world. These dogs can cost as much as $7,000.

The dog breed originated in the mountains of Afghanistan and is one of the oldest breeds of dogs. They have an average life span of 10-14 years and can cumulate a number of health issues on the way. Afghan Hounds are predisposed to cataracts and hypothyroidism. The medical bills for these diseases can mount up to $3,000. They also require constant grooming to prevent its long coat from becoming grungy or matted. The Pharaoh Hounds are used to hunt rabbits in the Maltese Islands to this day. This is where its name comes from as it means ‘rabbit dog’ in Maltese. These highly intelligent and athletic dogs can cost up to $7,500. While this dog breed has an average life expectancy of 11-14 years, it is extremely sensitive to stress. This can lead to severe digestive and neurotic issues in these dogs which may cost more than $1,500 to treat.

To avoid piling up medical charges for what is already one of the most expensive dog breeds in the world, take early precautions. Introduce this dog to different people, sights, sounds, and experiences as a puppy so that he doesn’t get stressed easily. Dogo Argentinos are not only one of the most expensive dog breeds in the world, but they are also one of the most dangerous. As they were originally bred as hunting dogs, they can sometimes get aggressive. It is illegal to own a Dogo Argentinos in the UK, Colorado and New York City. However, in places where this dog breed is legal, it can go for as high as $8,000.

While Dogo Argentinos have a long life expectancy of 12-14 years, they can suffer from hip dysplasia. About 10 percent of Dogo Argentinos also suffer from pigment-related deafness in one or both ears. These afflictions can cost around $1,600 to treat. In addition, if this dog breed doesn’t get enough daily exercise, it can have other health issues as well. This dog breed is one of the most expensive because it is also one of the rarest dog breeds in the world. There are less than 300 of these dogs remaining in the world. Dogs from this breed can cost upward to $8,750. The breed got to the brink of extinction due to the Royal Canadian Mounted Police (RCMP) dog killings of 1950-1970.

This breed is susceptible to gastric torsion, entropion, heat intolerance and arthritis. They are also very territorial and are not suited for families with small children or pets. However, these dogs can develop deep, intense bonds with humans and are fairly vocal. They need a lot of exercise to stay healthy and happy. They might indulge in destructive behavior if their high energy isn’t depleted. Rottweilers are the most common breed on this list. They are not crazy expensive, costing about $1,500. However, they have a lot of health issues that require regular medical attention. They have a low tolerance against almost all diseases or conditions especially hip and joint-related issues. Rottweilers also have a lower life span than other dog breeds at 8-10 years. With the amount of strength they possess, it is surprising to find they can be so susceptible to diseases.

While Rottweilers were originally used to herd cattle, they now serve as a great family guardian. The Rottweiler’s reputation as an aggressive dog is a bit misleading because a lot of this breed’s behavior depends on the kind of training they get. While the Canadian Eskimo Dog is expensive due to its rarity, the Azawakh is one of the most expensive dog breeds as it is also one of the newest breeds. This dog breed originated in West Africa where they were mainly used as hunting dogs. The breed is named after the Azawakh Valley in the Sahara desert. These dogs are proud and regal but they can be extremely gentle and affectionate with their families. They need a lot of physical activity and will do well with people who like to jog or run.

Costing about $9,500, the Azawakh is a fairly healthy dog who recovers from injuries and illnesses quickly. They have a tendency to suffer from epilepsy or Wobbler disease. This massive dog comes at a massive cost. It can cost you almost $10,000 to get this massively expensive dog breeds. It originated in Tibet where it was used to guard sheep against dangerous predators like wolves, leopards or bears. These dogs can become restless without proper physical and mental stimulation. This can lead to destructive behavior as well as incessant barking.

While this dog breed is quite healthy sometimes they can suffer from hereditary conditions such as hip dysplasia, hypothyroidism, and eye anomalies. The Chow Chow is one of the oldest and rarest dog breeds in the world. However, this also makes it one of the most expensive dog breeds. This distinctive-looking dog breed has a proud and independent spirit. They are often aloof and suspicious of strangers. Chow Chows also need regular exercise and socialization. Owners need to brush them twice or thrice a week to keep their coat in good condition.

Chow Chows can suffer from eyelid entropion, hip and elbow dysplasia, allergies and thyroid function. They have a relatively low life expectancy of 8-12 years. Lowchen, like the Canadian Eskimo Dog, is one of the most expensive dog breeds because of its rarity. Currently, there are only 300 registered Lowchen. This dog can literally break the bank costing about $12,000. It is also one of the friendliest dogs out there who is very active and playful. They require constant attention and do not deal well with being left alone for long and can suffer from separation anxiety. It is a toy dog breed that was developed for the primary purpose of being a companion dog.

After rolling out the big bucks to get this companion you may not have to spend a whole lot of money on medical bills. Lowchen is a healthy dog breed that can live up to 13-15 years with proper care. 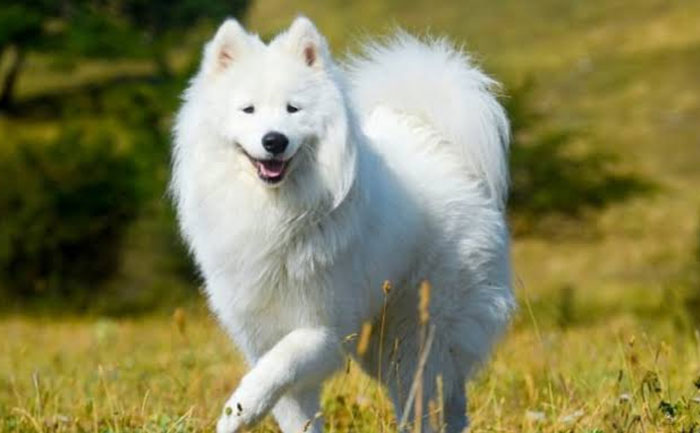 The Samoyed was originally bred to hunt, haul sleds, and herd reindeer. However, now this rare dog breed can cost up to $14,000 making it the most expensive dog breed in the world right now. This dog breed has a long white coat that requires regular grooming. In addition, these dogs also need rigorous exercise to stay healthy. Samoyeds are famous for their characteristic smiling face which is an indication of their nature. They love to socialize and are good with kids.

In addition to costing a fortune, these dogs also rack up the medical bills. They suffer from health issues like corneal dystrophy, autoimmune conditions, and cardiac disorders that can mount to around $5,000 to cure.

ALSO READ: The 10 Strongest Dog Breeds In The World