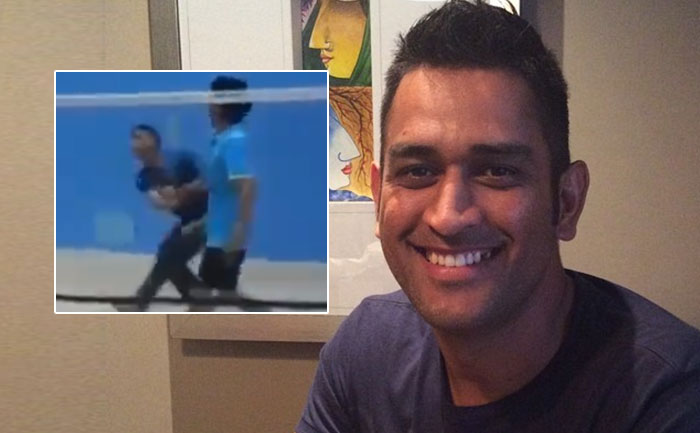 MS Dhoni has returned to his hometown of Ranchi after the suspension of IPL 2020 following the coronavirus outbreak. While the future of IPL 2020 still hangs in balance, the Chennai Super Kings captain has been keeping himself busy with bike rides, badminton, and pet dogs.

MS Dhoni was spotted playing badminton doubles after his return from Chennai following the IPL 2020. Check out the CSK skipper put his badminton skills to the test in this short clip:

No day off for fitness freak MS Dhoni, as he resumes badminton session in Ranchi.😇🔥 #FitnessFreak #MSDhoni #Dhoni pic.twitter.com/z1ZDVHRkCa

Dhoni also indulged in his love for Superbikes. The former Indian team captain took one of his superbikes out for a spin during his extended break. Where there is Dhoni, there is a horde of eager fans and the cricketer was flocked with fans requesting selfies as he was waiting for a traffic light to turn green.

However, that is not all Dhoni did on his return home. The Indian cricketer was also seen relaxing with his pet dog in his Ranchi residence in a clip shared by his wife Sakshi Singh. In addition, Sakshi also posted an Instagram story asking her husband to park his superbikes at their proper place.

Thala Dhoni spends some relaxing time with his dearest buddy.

IPL 2020 would have marked a return from long hiatus for MS Dhoni. He has not played international cricket since India’s 2019 World Cup exit. However, IPL 2020 has now been postponed at least until April 15. Fans of the cricketer will have to wait longer to see him in action.