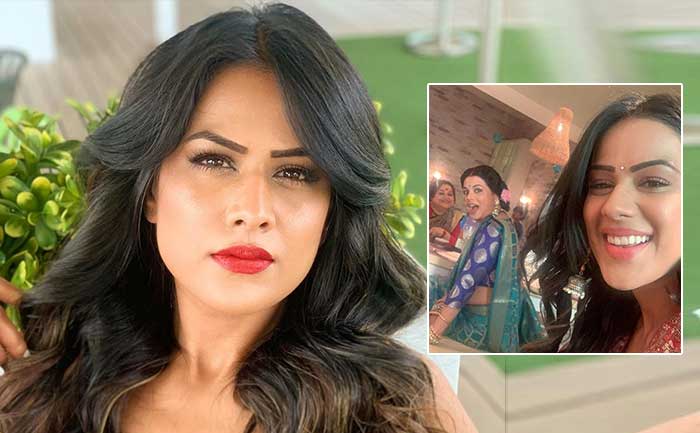 Nia Sharma who is considered to be as the most stylish beauty of the Indian television industry and popular for her commendable fashion statements has dazzled all with her presence by her amazing acting in Television shows like Jamai Raja and Ishq Mein Marjawan.

The gorgeous Nia Sharma who stars in the famous supernatural show Naagin 4 has impressed the audience again with her acting prowess. Naagin 4 has soared high in TRP rates within a short span of time.

Recently, Nia Sharma took to Instagram stories to share light moments on the sets of Naagin 4 with her fans. Nia who is quite often active on social media enjoys a huge fan following. She never misses a point to update her fans with whatever is going on in her daily life.

The stunning actress shared a behind the scenes picture from sets of Naagin 4 with co-actresses Geetanjali Tikekar and Supriya Shukla. Nia in the picture appears lovely in a red-coloured salwar suit as she strikes a pose with others for the candid picture.

Check out the picture shared by Nia on her Instagram stories below: 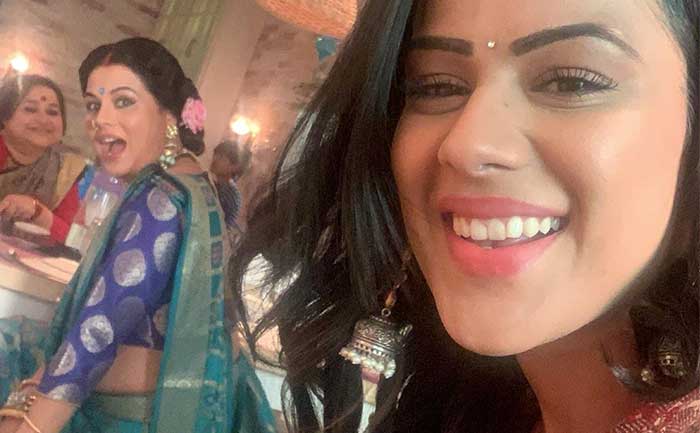 Besides Nia Sharma, Naagin 4 stars Jasmin Bhasin and Vijayendra Kumeria in lead roles. It also features Sayantani Ghosh, Sikander Kharbanda, Ankit Bathla, Priya Tandon, Rakhi Vijan and also others in significant roles. The show is produced by Ekta Kapoor and also happens to one of the most popular Indian Television programs at the present time.

For the unversed, Naagin 4 premiered on December 14, 2019 and has until now received great response from the audiences.