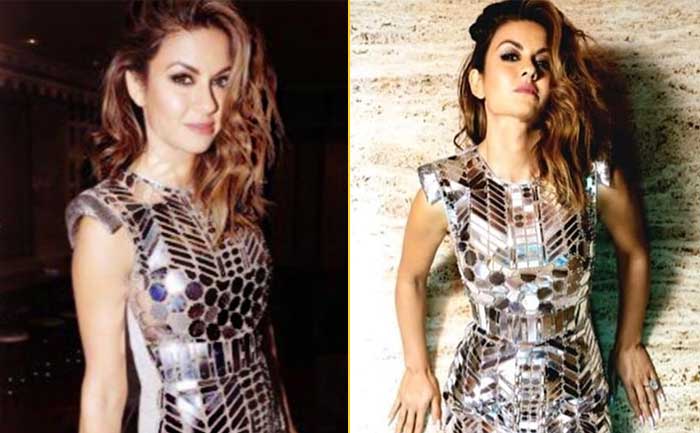 Business tycoon, Adar Poonwalla’s wife Natasha Poonawalla is known for not only for her good looks but also for her sense of style. The 37-year-old philanthropist has time and again left the fashion police impressed with her impeccable dressing sense. The Diva recently took to Instagram and has shared a throwback picture from an event for which she dressed up at her best in a blingy attire.

The stunning picture is from an event that Natasha had attended for her good friend Isha Ambani. She had captioned the image as, Bling Bling for my super girls, Isha Ambani and Sonam Kapoor. The Mumbai socialite ended her caption with hashtags TBT and The Gyaan Project.

The event in question was held in December 2019, by Isha Ambani and Sonam Kapoor. They had organized an auction to help architect and interior designer Rooshad Shroff raise funds for a new girls school in Jaisalmer. The auction was held at Karuna Sindhu, Worli Sea face.

So that was a blur…..off 4 flights and 4 sites in less than 24 hours- managed to step out for 2 of my dearest

The good friend that Natasha is she had taken four flights and traveled to four different sites in less than 24 hours. Yet managed to be there for her besties Isha Ambani and Sonam Kapoor in order to grace the event. The 37-year-old had paired her blingy outfit with a clutch that camouflaged into her dress. She was spotted at the event along with her husband, Adar Poonawalla.

The auction was a huge success and spotted at the event were Mukesh-Nita Ambani, Shloka-Akash Ambani, Anil Kapoor, Sunita Kapoor, Rhea Kapoor, and her boyfriend Karan Boolani and Harshvardhan Kapoor. Sonam’s husband Anand Ahuja and many more celebrities.