Neha Kakkar & Aditya Narayan to take pheras on the sets of Indian Idol 11?

In a viral video, Neha Kakkar and Aditya Narayan are seen exchanging garlands on the sets of Indian Idol 11; Watch 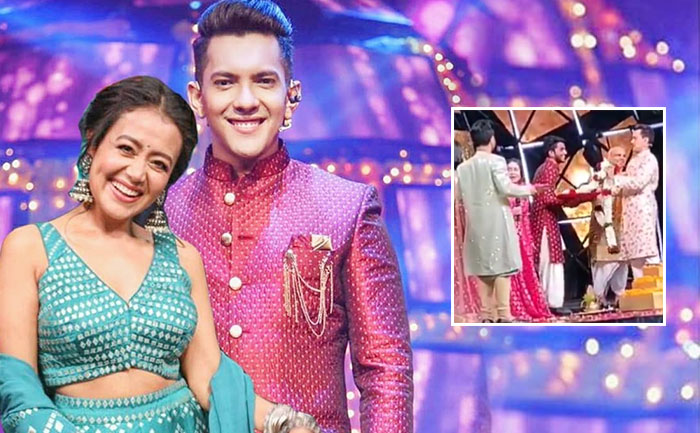 In the video, we can also so see the baratis, pandit who is chanting mantras and Aditya holding garland on his hands. Everyone including Neha and Aditya looks quite happy.

During his recent interaction with Bollywood Hungama, the legendary singer stated “I suspect this link-up and marriage rumors with Neha are just to boost the TRPs of Indian Idol where she’s a judge and my son is the anchor. I wish the marriage rumors were true. Neha is a wonderful girl. We’d love to have her as our bahu (daughter-in-law),” he said.

The couple has been in the news ever since father Udit Narayan came on the sets of Indian Idol 11 along with his wife Deepa Narayan Jha last month and declared the news. Neha’s parents also came on stage and revealed their approval of the match.