Viral video of The sight of New Zealand cops dancing to tracks like ‘Pandey Ji Seeti’ and ‘Baby Ko Bass Pasand Hai’ will blow your mind. 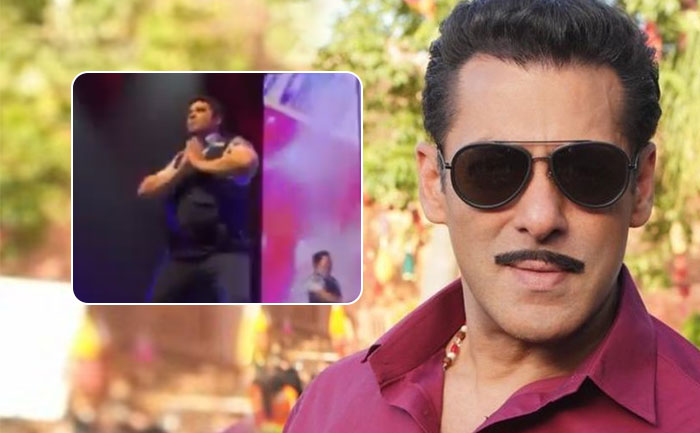 Superstar Salman Khan has an immense fan-following all over the globe. The actor who is known for his swag on the big screen will soon be seen reprising his role of Chulbul Panday in Dabangg 3. Recently a video of fans dancing to Salman Khan’s hit number from Dabangg shared by a fan is viral on social media. The surprise element in the video is that the fans are New Zealand cops, who are dancing to ‘Pandey Ji Seeti’ from ‘Dabangg 2’.

Check out the viral video tweeted by a fan here:

The cops are grooving not only to a Dabangg song but also many other hit numbers of the superstar.

On the work front, Salman Khan is busy shooting for the third instalment of ‘Dabangg’. The movie that is helmed by Prabhu Deva also features Sonakshi Sinha and Arbaaz Khan reprising their roles of Rajjo and Makkhi Singh. South star Kichcha Sudeep is playing the role of an antagonist in the film.

Today Salman Khan took to his social handle to reveal that Dabangg 3 will not only release in Hindi but Tamil, Telugu and Kannada too

‘Dabangg 3’ is produced under the banner of Salman Khan Films and Arbaaz Khan Productions. The film will also launch a new face Saiee, daughter of actor-filmmaker Mahesh Manjrekar. She will play the love interest of superstar Salman Khan’s character, Chulbul Panday in his younger days.

On the work front, Salman Khan also has Sanjay Leela Bhansali’s ‘Inshallah’. Next on the pipeline is ‘Kick 2’ and a remake of Koren Film ‘Veteran’. In between, Bhaijaan will also host ‘Bigg Boss 13’.

Also Read: Salman Khan’s ‘Dabangg 3’ to release in Tamil, Telugu and Kannada too