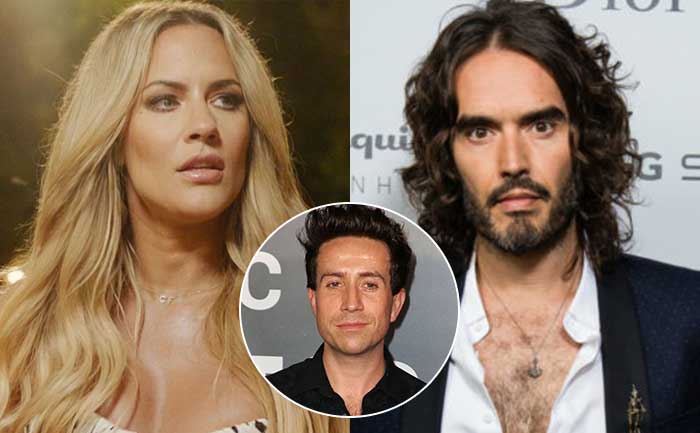 Following the shocking death of Caroline Flack, Nick Grimshaw and Russell Brand have paid an emotional tribute to the late television and radio presenter.

Russell Brand wrote an essay following the death of Caroline Flack where he emphasizes the importance of “love and support and kindness”. The comedian published an Instagram post paying tribute to Caroline Flack after her death on Saturday.

Caroline Flack "The line then that separates people who kill themselves and people that don't is vague and uncertain, it is a line within each of us, not between us"

He added, “I am angry and sad that Caroline Flack found herself in that place. I am sad because she was a lovely little person, a real laugh, a dynamo and the idea that she had been so drained of hope by her circumstances chokes me.”

Russell Brand compared Caroline Flack to Amy Winehouse and Jade Goody for the manner they were being persecuted by the media. “Our best hope is to build relationships and communities based on kindness, forgiveness and compassion, not easy values to maintain given the complexity within us and without us but Caroline’s death shows us that the alternative is just too sad to bear.” He condemned the “salacious, foaming, incessant poking, trolling judgment that chased her to the grave”.

Nick Grimshaw, who worked with Caroline on 2015’s The X Factor, sent his love to Caroline’s family and friends. He said: ‘I just wanted to start the show by saying something about our friend, Caroline. I just feel really weird today, I feel really sad. I’m obviously very shocked about what happened this weekend. It’s such a tragedy and really brutal news to receive. I’m sure you know she was one of my favorite people to have on the show, one of my favourite people full stop. I just thought she was brilliant, I thought she was so wicked. I know a lot of you listening were also big fans of Caroline. It’s been very tough for me and her friends, anyone who knew her personally. And anyone who enjoyed watching Caroline and seeing her on the telly and hearing her here on Radio 1.’

Nick rounded of the tribute by playing Escape by Rupert Holmes.