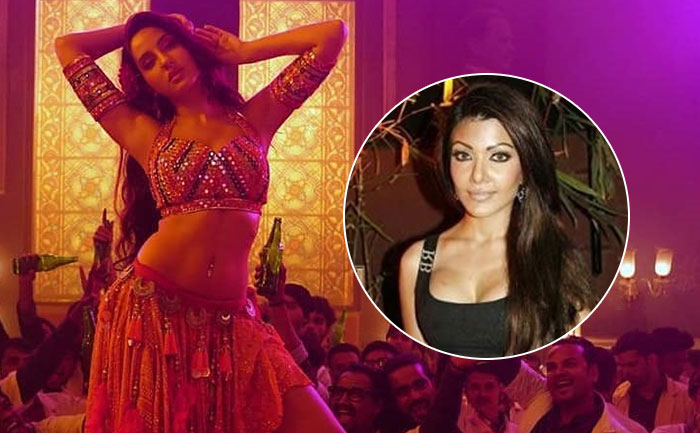 The Dilbar song fame Nora Fatehi is currently making headlines for her recent item number O Saki Saki. This popular song is recreated for John Abraham’s upcoming film Batla House, which is scheduled to hit the theatres on 15th August 2019.

The original version of O Saki Saki featured Koena Mitra and she surely did an outstanding job. The song was shot for Sanjay Dutt’s 2004 film Musafir. The new version is recreated by Tanishk Bagchi and sung by popular singer Neha Kakkar.

As soon as the new version was dropped online, Koena Mitra took to Twitter and wrote, “My song from Musafir #Saaki Saaki” has been recreated. Sunidhi, Suhwinder, Vishal, Shekhar combination was outstanding. Didn’t like the new version, it’s a mess! This song had crashed many blockbusters! Why batlahouse, why? P. S: Nora is a stunner. Hope she saves our pride. (sic)”

When Nora was asked about Koena Mitra’s criticism, in an interview with Mumbai Mirror, she said, “I don’t think it’s really criticism, everyone’s entitled to an opinion and you have to respect that. At the end of the day we are discussing music, which is very subjective. Everyone will not like the same genre or style of music, right? Personally, I set a benchmark with Dilbar and I have to work towards surpassing it. After that, it’s for the audience to decide if they like you or not.”

Nora Fatehi’s O Saki Saki version has already garnered more than 20 million views on YouTube. Speaking about the song, she said, “The way Tanishk has composed this song is out of this world and I knew visually I’ll have to match up. I learned to dance with fire fans for the first time within only 3 days, and I must say it was extremely challenging.”

Also Read: Here’s How Sanjay Dutt Reacted To The Remake Of The ‘Saki Saki’ Song