The black leather jacket and skin-tight pants from the final scene of the movie have made more than double the auction estimate. 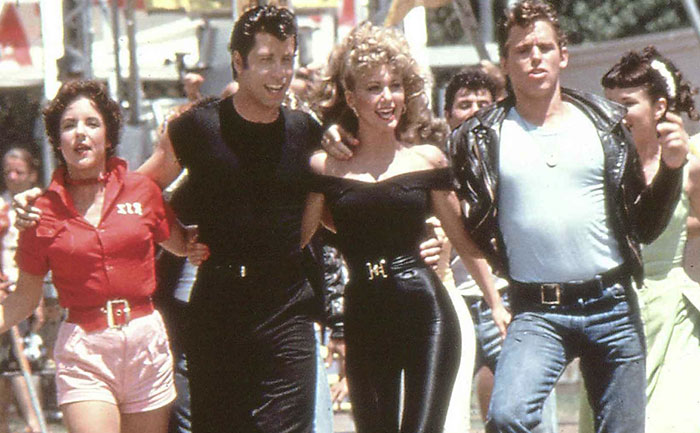 The nostalgia of Grease struck at an auction when the Olivia Newton-John Grease outfit sold for more than $400,000. The black leather jacket and skin-tight pants from the final scene of the movie have made more than double the auction estimate. The original estimated price was between  $140,000 and $260,000.

The actress revealed she had to be sewn into the high-waisted pants during filming.”The pants were 20 years old when I tried them on and the zipper was broken. So, they fitted me really well, but they said, ‘We’re going to have to sew you in.’ And so, of course, that limited my drinking ability and eating ability because they’d have to unzip me and sew me up again, so those were long days,” Newton-John said.

Olivia Newton-John played Sandy Olson with John Travolta starring as Danny Zuko in the now cult-classic Grease. The outfit was accompanied by more than 500 items and memorabilia from the her career. Besides the outfit, Newton-John’ custom “Pink Ladies” jacket and her pink “Grease” premiere gown were also on sale. They went for $50,000 and $18,750 respectively.

SOLD for $405,700! The iconic black leather jacket and high-waist pants worn by @olivianj in the final scene from Grease!

Sold in our “Property From The Collection of Olivia Newton-John" auction in Beverly Hills and at https://t.co/ahsXX38A8G! #OliviaNewtonJohn #Auction pic.twitter.com/ZXw61x10V4

The auction has raised $2.4 million and a portion of those profits will be donated to the Olivia Newton-John Cancer Wellness & Research Center. The actress has been diagnosed with breast cancer for the third time since 1992.This influenced her decision to sell the items from her career to help raise funds for her center. She is currently being treated for stage four breast cancer.

Martin Nolan, executive director Julien’s auctions, said of Olivia John-Newton,  “Her extraordinary career — that includes her starring role in Grease, one of the most successful Hollywood films and soundtracks of all time — and her recordings of some of the biggest pop singles of the 20th century, makes her more than just a star but a pop culture phenomenon.”

Demi Lovato on drug overdose: I’ve changed a lot, be easy on me