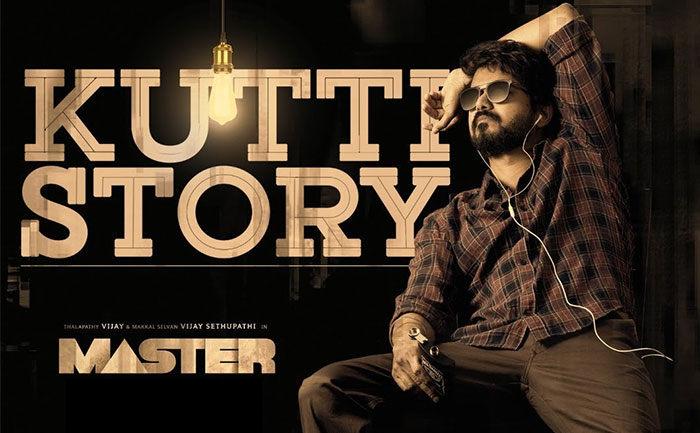 One of the most talked-about upcoming movie ‘Master’ has the biggest casting coup in recent times. The highly anticipated film will see two of the South film industry’s stalwarts Vijay and Vijay Sethupathi sharing screen space together.

The makers recently released the first song of ‘Master’ titled Oru Kutti Kathai on 14 February 2020. The enthusiasm for the song is on a high level as it’s been sung by none other than Thalapathy Vijay.

Just a day after the release of the music video, it has reached 10 million views on Youtube and has broken the internet. Fans are sharing the video across all social media platforms and it is now the discussion of Kollywood city.

The song titled ‘Oru Kutti Kathai’ has been composed by Kolaveri Di fame, Anirudh Ravichander, penned by Arunraja Kamaraj. This album marks the reunion of Thalapathy and Anirudh after their hit movie ‘Kaththi’ which was released in 2014.

This is not the first time Vijay has sung. Earlier, he has sung many famous songs like Verithanam from ‘Bigil’, Vangana Vanakangana from ‘Thalaiva’, Google Google from ‘Thuppaki’ and many more.

‘Master’ is tipped to be a gangster drama, there are reports that ‘Masters’ that was earlier titled as ‘Thalapathy 64’. Malavika Mohanan, who was last seen in Karthik Subbaraj’s Petta, will play the female lead.

On the other hand, Thalapathy Vijay recently joined the sets of Master in Neyveli, after missing the shoot for a couple of days, due to IT raid at his residence in Chennai.