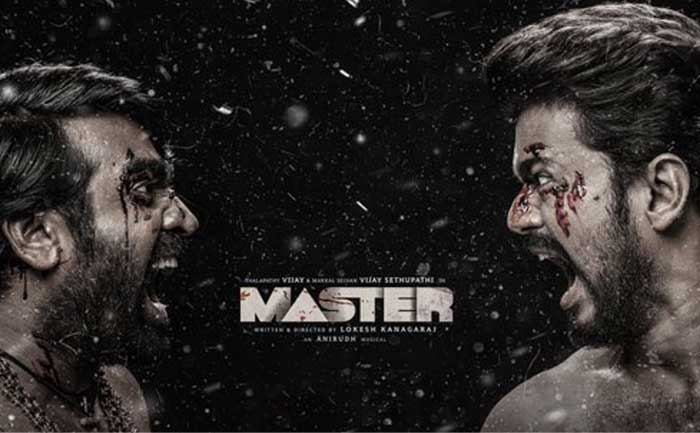 One of the most talked-about upcoming movie ‘Master’ has the biggest casting coup in recent times. The highly anticipated film will see two of the South film industry’s stalwarts sharing screen space. Yes,  South Superstar Vijay and Vijay Sethupathi are all set to clash as the protagonist and antagonist respectively in the upcoming action dhamaka.

The third look poster of the south flick Master, featured Super Deluxe actor Vijay Sethupathi and Bigil star Thalapathy Vijay in an aggressive mood.  It had stirred up the expectations for the film and has been the talk of the industry for more than a week. The latest update on the movie is that Vijay Sethupathi’s character name too has been reportedly revealed. He will apparently be called James Durairaj.

But there is no confirmation about the character’s name essayed by Vijay Sethupathi.

Tipped to be a gangster drama, there are rumours that Vijay will be seen in the role of a college professor with a violent past. Malavika Mohanan, last seen playing a key role in Karthik Subbaraj’s Petta, will play the female lead. Andrea will be seen in a never before a character in the film.

‘Master’ is backed by Xavier Britto under the banner XB Film Creators. It is expected to hit the big screen on April 9.