Check out the list of Bollywood's TOP Actors of 2019, so far. 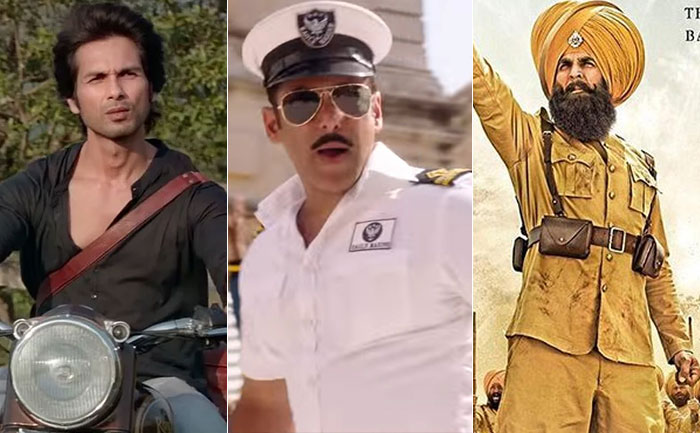 As 2019 is coming to an end, we have witnessed some of the stellar performances throughout the year. Actors who have surprised the audience with their remarkable acting have surely pulled the audiences to the theatres and a testimony to the same would be the box office numbers.

Let’s take a look at the actors who have nailed 2019 so far! Ranveer Singh’s film game is as topnotch as his fashion game. Gully Boy has turned a new page in Bollywood as the film was declared as the official entry to the Oscars. The movie is inspired by the lives of Indian street rappers Divine and Naezy. Ranveer Singh has once again nailed it with his astonishing acting skills. Hrithik Roshan has blown everyone away with his epic transformation for two movies, ‘Super 30’ and ‘WAR’. From playing a character of a  Bihari teacher Anand Kumar to Kabir Luthra, Roshan has nailed every bit of it and the testimony of the same is that both the films have been super successful at the box office. The National Award for URI is the biggest highlight for Vicky Kaushal. The film with the low budget had shaken the box office with its majesty of patriotism that comes along. Kaushal shined through this film as he transformed beyond expectations. Ayushmann Khurana is known for delivering varied content. With six back-to-back hit films and consistent performances, Khurrana has strongly thrown his hat in the Bollywood superstars’ ring. ‘Article 15’ and ‘Dream Girl’ stand tall in the race of blockbuster films and majority credit goes to Ayushmann Khurrana. Shraddha Kapoor is the only actress who has given back to back hits with ‘Chhichhore’ and ‘Saaho’. Both films are different from each other as one has received critical acclaim and was a hit on the box office whereas, the other broke the records with its unique appeal. Akshay Kumar has been on a roll for a long time now from ‘Kesari’ to ‘Mission Mangal’, he has proved that he truly is the Khiladi of Bollywood. Both movies are based on true stories. As we know the actor has been striking the right chord with the audience by picking up films that will interest his audience. Akshay Kumar’s acting has never disappointed us ever. The Shahanshah of Bollywood has completed 50 years in the B-Town industry and still has it in him to bring in the audiences. Both the movies ‘Badla’ and ‘Sye Raa Narasimha Reddy’ were completely different from each other. Alia Bhatt yet again delivered one of her finest performances in Zoya Akhtar’s ‘Gully Boy.’ Alia Bhatt plays the role of Ranveer Singh’s angry young woman and is an independent young woman who is ready to challenge the societal norms and fight her parents to live life on her own terms. ‘Thackeray’ is a film based on the life and theories of Shiv Sena founder Bal Keshav Thackeray, popularly known as Balasaheb. Siddiqui puts in a fine performance as Bal Thackeray. and his acting in the film is quite commendable.

After delivering the varied performances in the year 2019 we definitely look forward to all the actors in the coming year with their one level up performances.

Let us know who’s performance impressed you the most?

Also Read: Malaika Arora: I Was Categorized As ‘Dark-Skinned’ In Bollywood