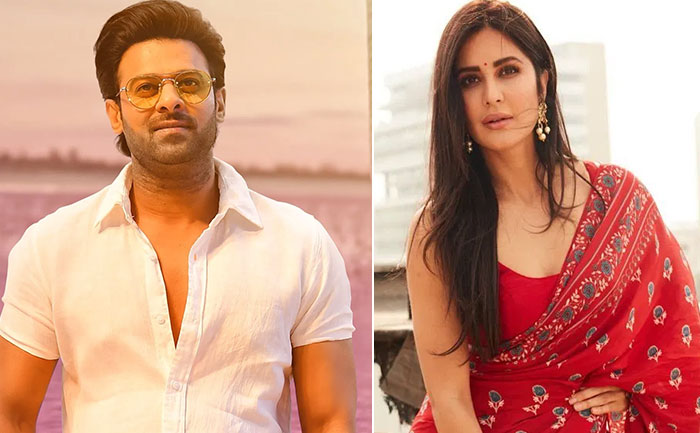 Baahubali star Prabhas has already romanced the Bollywood beauty, Shraddha Kapoor, in the action thriller drama ‘Saaho’. The rebel star is all set to romance Katrina Kaif in his next. The makers of Saaho had wanted Katrina Kaif opposite the actor but as she was unable to allot the dates for the project the role went to Shradhha Kapoor.

As reported by sources to Tollywood net, Prabhas has collaborated with Nag Ashwin of Mahanati fame for a movie, which is expected to go on the floor by the end of this year. Reportedly Prabhas wants to get Katrina Kaif on the board for his upcoming film which will be produced by Ashwini Dutt.

The sources further added, The makers are in talks with the Bharat actress. If all goes well an official announcement regarding the inclusion of Katrina Kaif will be made soon.

On the work front. Prabhas is currently working with Aravinda Sametha Veera Raghava and DJ fame Pooja Hegde in #Prabhas20. The movie is being directed by Radha Krishna Kumar of Jil fame. Katrina Kaif, on the other hand, is gearing for the release of cop drama Sooryavanshi. The Rohit Shetty directorial features Akshay Kumar in the titular role. Fans are quite excited as Akshay Kumar and Katrina Kaif are sharing screen space after a long hiatus.

Sooryavanshi is the first collaboration between the Khiladi and Rohit Shetty. It also features Jackie Shroff, Gulshan Kumar and many more. The cherry on the top is the cameos by Ajay Devgn and Ranveer Singh. The movie will release on 24th March 2020.

Also Read: Prabhas 21: Is Deepika Padukone on-board for Prabhas’ next?