Here's a romantic song of Hina Khan and Priyank Sharma 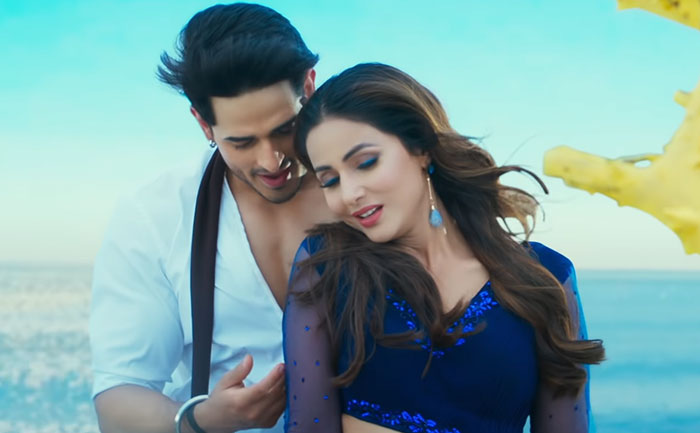 Hours after unleashing teaser of the much awaited song, now the full Raanjhana song is available to watch and download on YouTube. Hina Khan and Priyank Sharma’s romantic track Raanjhana is finally out and it has now started trending in India. The song features sizzling chemistry between both the Bigg Boss 13 besties.

The romantic song Raanjhana is crooned by none other than Arijit Singh and its music is given by Asad Khan. While the lyrics is written by Raqueeb Alam. ‘Zee Music Company’ has finally released the melodious song on their official YouTube channel.

You can watch Raanjhana song here:

On the professional front, after TV industry, Hina Khan is all set cement her name in Bollywood industry as she has several projects lined up for 2020.

Apart from Vikram Bhatt’s Hacked, the actress has completed shooting for ‘Lines’ and ‘Country of Blind’ whereas she is currently shooting for the final schedule of ‘Wish List’. Also, she is likely to make her digital debut with Hungama Play’s upcoming web-series ‘Damaged 2’ co-starring Adhyayan Suman.

Whereas, Priyanka Sharma, who made his acting debut with ALTBalaji’s ‘Puncch Beat’ and later was seen in Zoom Studios’ ‘The Holiday’.  Priyank Sharma, who is currently seen hosting ‘Bigg Buzz’ for Voot, has reportedly bagged ‘Puncch Beat’ season 2.