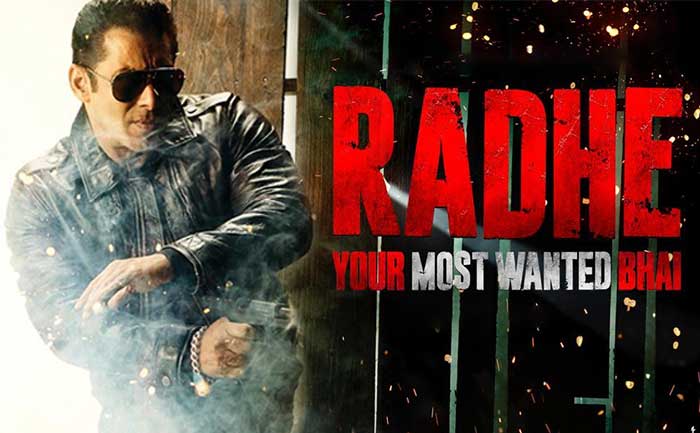 Superstar Salman Khan is on a roll, after the super success of his last two releases Bharat and Dabangg 3. The actor is gearing for his next Radhe: Your Most Wanted Bhai. The action-thriller is being distributed by Yash Raj Films. Now the production house has confirmed the release date of the Salman Khan starrer.

Yash Raj Films on Saturday confirmed the release date of the Salman Khan action-thriller flick ‘Radhe: Your Most Wanted Bhai’ as Eid 2020. The makers took to Twitter and shared the news confirming the release date along with a new poster featuring the dapper look of Salman Khan.

They captioned the post as, “A Yash Raj Films’ Worldwide Release. #Radhe – Your Most Wanted Bhai in cinemas, Eid 2020!”

Yash Raj Films have bagged the theatrical rights of Radhe at an undisclosed amount. The makers have also announced that the film will be hitting screens 22nd May 2020, during the pre-planned Eid weekend.

Contrary to speculation that the release date isn’t locked yet, here it is… #Radhe arrives on 22 May 2020 [Fri]… Yash Raj Films #YRF worldwide release… Salman Khan and director Prabhu Dheva reunite for the third time, after #Wanted and #Dabangg3. #RadheEid2020 #Eid2020 pic.twitter.com/ev4cE2gcR1

‘Radhe: Your Most Wanted Bhai’ is co-produced by Salman Khan, Sohail Khan and Atul Agnihotri under the banners Salman Khan Films, Sohail Khan Productions and Reel Life Production. The movie is being directed by Prabhudheva and also features Disha Patani, Jackie Shroff, Randeep Hooda with South actor Bharath and singer Arjun Kanungo in his debut role.