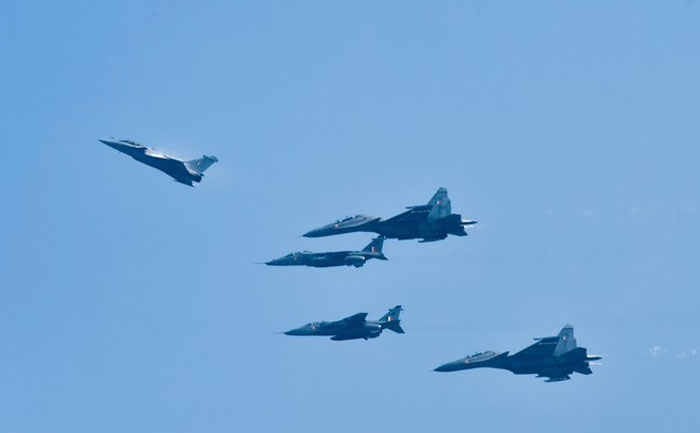 The Indian Air Force has inducted five Rafale Fighter Jets in their Golden Arrow Squadron. The induction ceremony took place at the Ambala Air Force Station. The move comes at the crucial stage when India and China are engaged in an escalating border row in eastern Ladakh.

“New bird in the arsenal of IAF,” the Air Force tweeted this morning.

Glimpses of the Rafale in action with IAF. pic.twitter.com/WfohU5vMET

The Rafale jets, built by French aerospace major Dassault Aviation, are known for air-superiority and precision strikes on ground targets, making them truly multirole jets. The first batch of five Rafale jets arrived in India on July 29. This was four years after India signed an inter-governmental agreement with France to buy 36 jets for ₹ 59,000 crores.

Out of 36 Rafale jets, 30 will be fighters and six will be trainers. The first squadron of the Rafale jets will be stationed at Ambala airbase, the second will be based at Hasimara in West Bengal.