Home > Entertainment > Rakul Preet: “I Am Waiting To Fall In Love..Older Or Younger Guy Doesn’t Matter”

Rakul Preet: “I Am Waiting To Fall In Love..Older Or Younger Guy Doesn’t Matter” 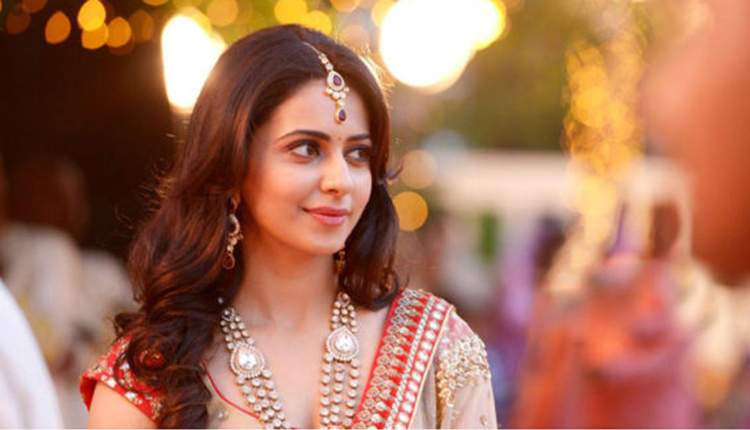 Rakul Preet Singh — an Indian actress, who mainly works in Telugu and Tamil movies is all set to make her Bollywood comeback with her upcoming film, De De Pyaar De. After working with several South Indian actors such as like Jr NTR, Mahesh Babu, and Ravi Teja, Rakul Preet is gearing up to set the celluloid on fire with Hindi film actors Ajay Devgn and Tabu. Notably, she may not have a boyfriend right now but she just told Mumbai Mirror that she is waiting to fall in love irrespective of guy’s age.

Rakul made her Bollywood debut with Yaarian in 2014 and later decided to pursue her career in South Indian films. Speaking about De De Pyaar De, she said that it belongs to a quirky space but end of the day it is also a very progressive film.

In an interview with Mumbai Mirror, speaking about the film, Rakul Preet said, “Each character is well-etched and the premise is all the more relevant in today’s time when relationships are not defined by numbers. It’s about finding the right companion without age being a consideration. The subject has been treated light-heartedly, but there’s a strong emotional undercurrent. And despite the fact that the man is caught between his ex-wife and a much-younger woman he is dating, it’s a wholesome comedy that I can watch with my parents.”

When the beautiful actor was asked did she ever fell in love with someone older than her? Responding to the question she told the leading tabloid,  “In real life, I’m waiting to fall in love. Older guy or younger, it doesn’t matter.”

In De De Pyaar De, she has worked with two legend actors Ajay Devgn and Tabu. Sharing her experience of working with them, she said, “Ajay is sweet, grounded, warm and secure. He’s my senior but never once did he make me feel like a newcomer. Once I fumbled over a two-page dialogue but when I apologised, he told me, Even I wouldn’t have remembered so much. Tabu ma’am was also very encouraging. Whenever you work with someone who’s good at his/her job, it pushes you to do better because acting is all about action and reaction.”

Speaking about her last Bollywood film Aiyaari’s failure, she said, “That’s okay, only if you work, can you experience success and failure else it’s an only success in your head. Just the fact that I’m getting to do what I want is a blessing. There are millions who want to be an actor and are yet to live their dream. I’m very spiritual in the way I deal with life. A film’s box-office performance is not in our hands. We can only learn from the journey and move on.”