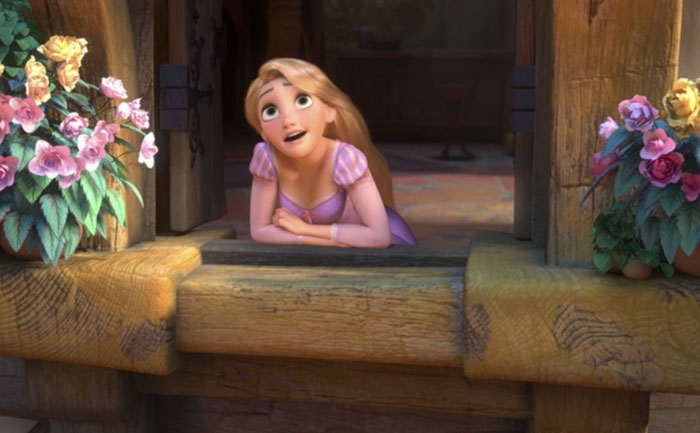 The recent coronavirus pandemic has caused many people to self-quarantine. Governments all over the world are requesting people to stay indoors. With pubs, theaters, and restaurants closed down, people are looking for alternative means of entertainment. In the midst of the panic and chaos, memes are a way of keeping things fun and light. A new viral craze that is doing the rounds is the Rapunzel quarantine meme.

Rapunzel is a character from Disney film Tangled who was kept in isolation for 18 years. This has lead to comparisons being drawn between her fictional isolation and the very real social distancing that people are facing across the world. Many have dubbed Rapunzel as the Queen of Quarantine in new viral meme. The character spent nearly 20 years in isolation and people are touting her as the new symbol of quarantine.

In addition, a Twitter user pointed out that the name of the kingdom in the film was also Corona much like the coronavirus forcing people into isolation. Not just that, people have drawn other similarities between the real and fictional. People are also joking that Rapunzel met the love of her life at the end of her long isolation. Meanwhile, others are trying to pursue new hobbies and talents in their newly freed schedules much like Rapunzel.

However, Rapunzel was not the only Disney character who was being hailed as the Queen of Isolation. Ice queen Elsa from Frozen was also considered a good contender for the face of self-quarantine.

Meanwhile, Disney+ just announced that they will be releasing Frozen 2 months ahead of schedule to spread cheer during the challenging times.

ALSO READ: Omae Wa Mou Shindeiru (You Are Already Dead) Is The Anime Meme That May Never Die