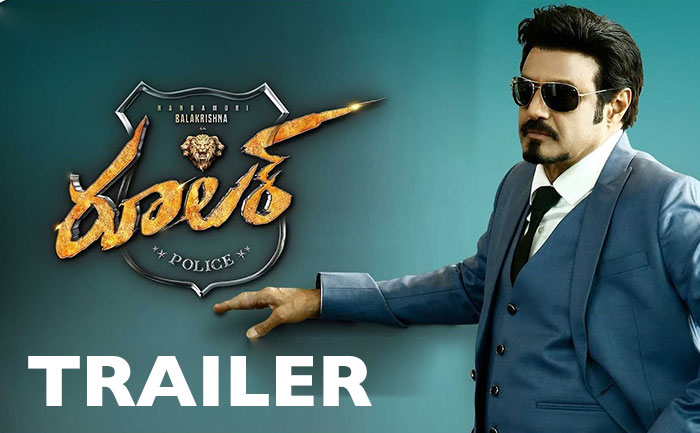 The trailer of Nandamuri Balakrishna’s Ruler is out and it is a power-packed entertainer. The trailer of KS Ravikumar directorial is filled with some jaw-dropping action sequences. But also promises double the fun as it features Balakrishna in dual roles.

The 2-minute long trailer starts with an appearance of a super-cool Balakrishna making his ever-stylish entry from a chopper. The focus next shifts to a village where farmers are shown suffering with the atrocities of criminals and politicians. We also catch a glimpse of Balakrishna flexing his muscles and delivering punch dialogues.There are shots of the leading ladies – Sonal Chauhan and Vedhika Kumar.

On the work front, Balakrishna will next team up with director Boyapati Srinu for a yet-untitled Telugu project. The film, which marks their third collaboration, was officially launched earlier this week. The project is currently dubbed NBK 106. Buzz is that Bollywood star Sanjay Dutt will be playing the baddie NBK 106.