Saif Ali Khan & Kareena Kapoor to be paid Rs 1.5 Cr for at an event?

Saif anf Kareena have been finalised as the face of a popular brand of diapers. As per the buzz, for their first appearance at today's event, they will be paid a whopping Rs 1.5 crore. 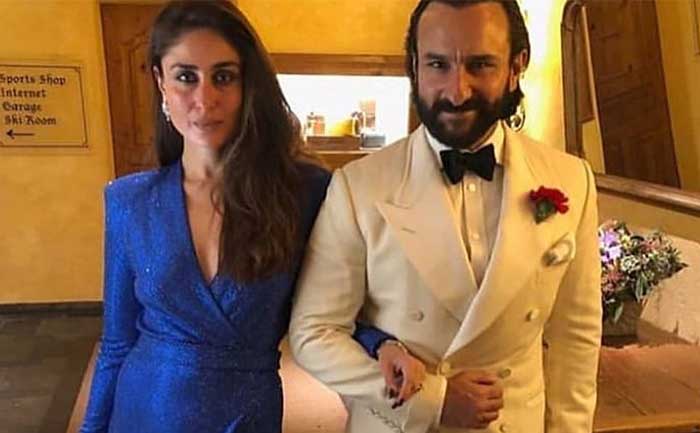 Kareena Kapoor Khan and Saif Ali Khan are undoubtedly one of the most loved celebrity couples not only in India but also across the world. The couple has always been in the news and courtesy to their adorable son Tamir Ali Khan.

According to a report in mid-day, Saif Ali Khan and Kareena Kapoor Khan will soon be seen in an advertisement and for that they will be paid a sizable amount. The report stated that the couple has been finalised as the face of a popular brand of diapers. As per the buzz, for their first appearance at today’s event, they will be paid a whopping Rs 1.5 crore.

A source close to mid-day quoted as saying, “The head honchos of the brand were eager to get Saif-Kareena on board and have been in talks with them for over a year. While their star power was the primary driving factor, one of the reasons for reaching out to the couple was their son Taimur Ali Khan’s popularity that cuts across age groups. Although the duo had turned down the offer earlier, they did a rethink when the brand officials persisted over the past few months. It was only recently that they decided to lend their face to the product. They are expected to take home a fat pay cheque of Rs 1.5 crore for a three-hour appearance today.”

Earlier there were rumours stating that Saif and Kareena are planning a second child. Speaking about the same, Kareena had earlier told Mumbai Mirror, “There is no good news related to a second child in my life. Both Saif and I are happy with our kid Taimur Ali Khan. As of now, we don’t have any plans for a second child. We both are very busy with our work and are trying to balance our professional and personal lives.”

However, there is no official statement is issued by the brand or Khans regarding the same.