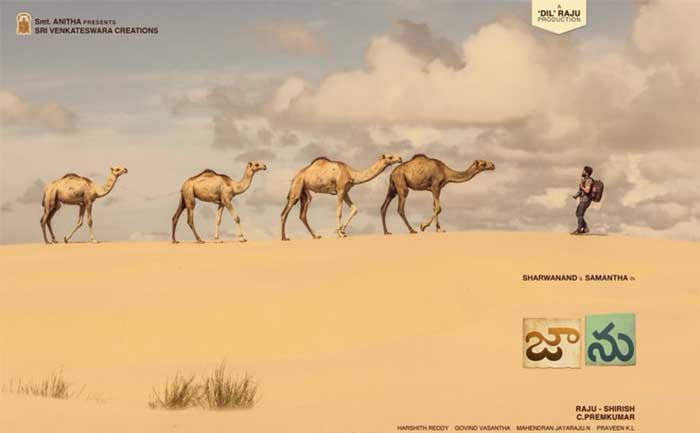 Makers of Sharwanand and Samantha Akkineni have finally dropped the first look of the Telugu remake of Tamil hit 96 titled Jaanu. The first look of Jaanu comes with movie’s title featuring Sharawanand. C Prem Kumar, who had directed 96 will helm Jaanu as well.

After wrapping up a particular portion of the film, Samantha Akkineni wrote on Twitter, “Another special film and a role that has challenged me to be better than I was yesterday…(sic).”

The story of Jaanu revolves around a travel photographer, who visits his high school and is overcome by memories. With a WhatsApp group, he reunites with someone. At the reunion, his multiple friends catch up with him. The film will surely manage to evoke in the audience.

Govind Vasantha, who had scored music for Tamil movie 96, will score music of Jaanu as well. His compositions for the Tamil original captured the imagination of the audience.

Filmed in Visakhapatnam, Hyderabad, Maldives and Kenya, Jaanu is Samantha’s first collaboration with Sharwanand. The film is currently in the post-production stage.

The makers of Jaanu yet to announce the release date.